Today's stitch is R is for: 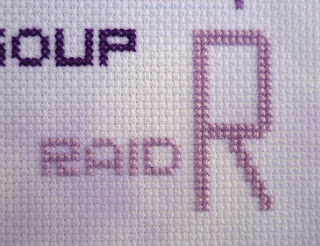 Radar:
noun - a system for detecting the presence, direction, distance ans speed of aircraft, ships, and other objects, by sending out pulses of radio waves which are reflected off the object back to the source
noun - the actual apparatus used for this purpose
noun - to indicate that something or someone has not come to the attention of a person or group
origin - 1940s as an amalgamation of RAdio Detection And Ranging


Since radar is widely used by the military I chose some military-themed charts: 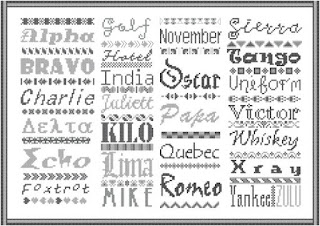 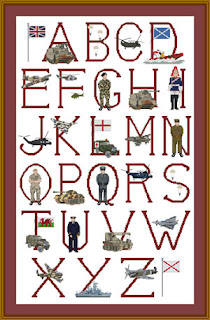 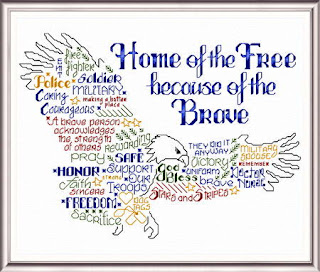 Let's Be Brave by Ursula Michael


My personal Rs include:
Runrig - my favourite band who have been together for over 40 years. You're probably asking "Who?" Well, they are a Celtic Folk/Rock/Pop band who are massive in Scotland and some European Countries but little know in England or elsewhere. Some of their songs are sung in Gaelic and although I have no idea what they're singing about it doesn't matter! In my opinion in 40 years they haven't produce one duff song.
right - Always. So there!!


And my finished R piece is: 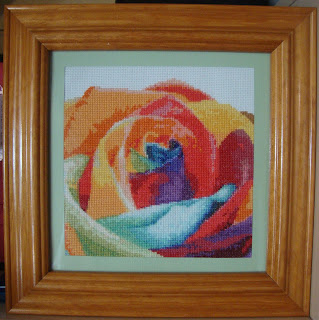 This was a beautiful and colourful piece to stitch, although I only stitched the top two-thirds of the chart as I thought the bottom third spoiled it. At the moment it's in an off-the-shelf frame with a tiny mount. I will reframe it..... one day!

Some really interesting designs to represent R, Rachel. Thank you so much for sharing and your Rainbow Rose is magnificent.

Fantastic R! I love all the charts and totally adore your Rainbow Rose! Wow what colour! I hope you sing your head off to Runrig :D

Have a great day!
Heather

You did well to find radar themed charts! Hubby and I use the NATO alphabet to talk in front of the children in secret when necessary so I had better not stitch that one or it would give the game away!
Rainbow Rose is beautiful and I think the frame and mount are a good match for it. Thanks for showing it again!

I would never have thought that you could find charts for this theme. But you were doing great.
Yes, I know Runrig, I have always had a weak spot for Celtic music.
Rainbow Rose - such beautiful stitching!

Oooh I really like the NATO design alphabet! Hubby made me learn it a long time ago ;) Your rainbow rose is adorable!

Nice finish on the rose and good choice to stitch it how you wanted.

Another terrific post and the Rainbow Rose piece is amazing!

Excellent -- Love to be introduced to all different types of music - will be checking this guys out.

The Phonic Alphabet is awesome, I love all the different fonts. And so cheap too! PDFs are great like that.
I have heard of Runrig but I couldn't hum any of their tunes I'm afraid!

I'm way behind so trying to catch up. I love the NATO alphabet. My hubby uses it in his amateur radio hobby. Let's Be Brave is on my wishlist. Love the rose you stitched. Beautiful colors!!