Welcome back for day 6 and the more difficult to understand letter F: 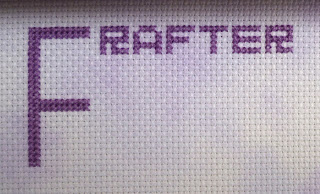 .. and they all lived happily...
Ever after:
cliche - to live out the rest of one's life in happiness, usually after a specific event and generally only in fairy tales!
origin - unknown although has widely been used in fairy tales since the 19th century; in fact, no fairy tale would be complete without ending with those words.

It's a shame that real life is rarely so romantic - although having said that, I went to a concert last week where the couple sitting next to me were celebrating their 70th wedding anniversary! Sometimes Happily Ever After does exist.


Keeping with the fairy tale/romance theme, here are some "ever after" type charts: 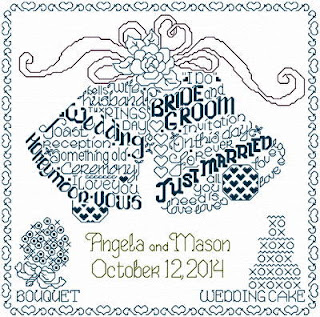 Let's Get Married by Ursula Michael 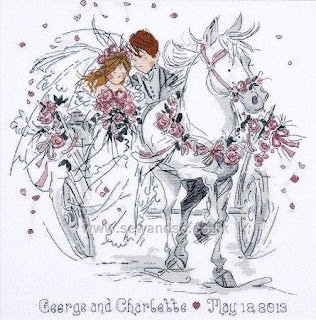 Wedding Carriage by Design Works
(so different and delicate but not to be attempted unless you enjoy backstitching!!)


My personal Fs are:
Farnborough - my home town for the last 20 years and location of the Farnborough air-show every other year. Gotta love the two weeks of noisy planes setting off car alarms with their after-burners!!
Flossy - my genuine 1989 Mini Rose which I owned and restored for a few years. I hoped that owning and driving her would help me want to take my driving test but it was not to be.
Forty-five - my age. Did I really just tell you that? Luckily, physically I still feel as if I'm in my 20s. Mentally - I'm not sure I've ever grown up!!


And here's my "ever after" romantic finish: 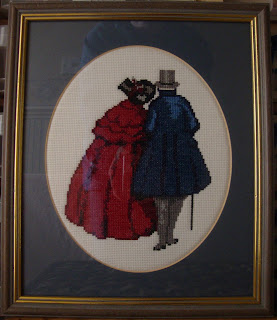 Darby and Joan
stitched in 1995 from a magazine chart

I love this turn-of-the-century piece. There's just something about the clothing from that era which eludes romance.

That's it for Fs. Guess what? It's G tomorrow!
Rachel x

A lovely mix of fairy tales, romance, and factoids! Well done and thank you for sharing :)

I would never have guessed the 'F' word Rachel. I love the pieced you stitched. You did a fantastic job. Also love the charts you picked.

Another great day! I hope you're having fun with this challenge because we're all certainly enjoying reading your posts :)

That one took me a bit, very amusing. :) Neat personal Fs as well and I like your chart choices and finish.

Really loving your alphabet, the letter choices are very creative!
The patterns you chose to showcase are adorable and your finish, Darby and Joan is amazing. Looking forward to tomorrow's update.

Great post today Rachel. Your Darby and Joan stitch is so sweet.

Your 'ever after' finish is looking lovely !! Nice to know about your all types of ages ;) My ages are dependent on my moodswings.

The fairy tale theme is so nice, I love the charts that you show here. Being married for 70 years is really something

F is for Shoehorn F'sure today!

My parents have just celebrated their 50th Anniversary, all three of their siblings have also had long marriages (ended only by the passing of their partner)

I am currently 23 because that's how many people I have signed up for the Birthday Blog Hop!