Today is day one of this year's April A-Z Challenge whereby we post about a consecutive letter of the alphabet every day in April, excluding Sundays, and try to include some interesting / relevant information linked to the letter.

For the letter A we have: 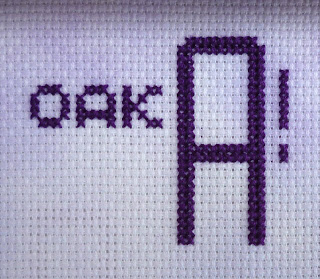 "OK" or "okay"
exclamation - to express acceptance or approval
adjective - to express that something is allowable
adverb - to express that something is satisfactory
noun - to authorise approval
verb - to give approval to
origin - thought to have originated in the mid 19th century, probably as an abbreviation of orl korrect, a humerous form of all correct, popularised during President Van Buren's re-election campaign of 1840 where his nickname Old Kinderhook (derived from his birthplace) provided the initials.

Those of you with teenagers will more commonly know it as an overused exasperated answer when they are asked to do something: "okaaaaaay"!


Here are some projects related to oak (or other) trees: 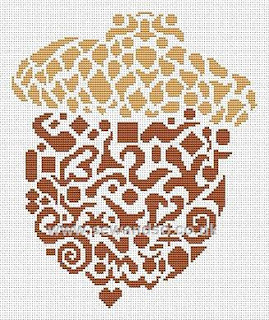 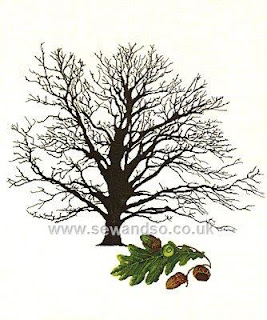 The Mighty Oak by Thea Gouverneur 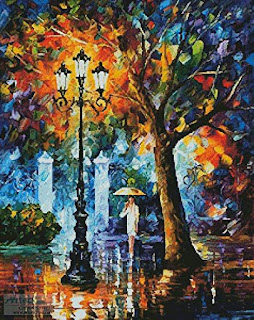 
Some "A" things about me:
A - my husband of nearly 18 years and whom I've known since we were 4.
Accountancy - the career I fell into and trained for before having children. I was so close to gaining my ACCA accreditation but failed at the final hurdle when I had exam block for the only time in my life!
Autumn - by far and away my favourite season with colourful trees, crunchy leaves and darker nights drawing in.


And finally my "A" project: 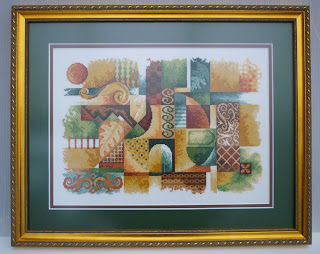 This was started in 2005, put aside in 2006, then picked up again and completed in 2014. It went to the top of my WIP pile and stayed there until I had finished it.

That's it for day 1. It wasn't too painful a posting was it?

I hope you have enjoyed my As; I'll be back tomorrow with some Bs.
Rachel x

Hi Rachel, I enjoyed reading your post and knowing a bit more about you :) Your Autumnal abstract is absolutely wonderful work!!

I hope you're not going to enable us all month with tempting charts!
I love your Autumnal Abstract and it's lovely to see it again. Didn't you offer the chart as a giveaway? I can't remember where it went but I haven't seen anyone I know stitching it. It's a shame as it's such a lovely design.

A is for Awesome!!! The best AtoZ post I've read so far :)
Nice you also have taken the time to stitch and finish something for the letter A.
Like Justine, it is so nice to see Autumnal Abstract again. It's such a wonderful design & am really kicking myself for not volunteering on this beautiful chart. I wonder who has it now, I haven't seen it stitched on anyone else I follow.
Look forward to Brilliant B ;)

HOLLYWOOD NUTS!
You know you want to know if me or Hollywood... is Nuts?

Nice work! I like saying a-okay sometimes, bonus points I guess :) I love autumn and enjoyed looking at your work. Will be back for more letters! Good job!

Will be back to read all about B. This was a great post and your Autumnal Abstract is beautiful. Awesome Finish

Hi! Such a cute mini stitch and I love your Autumnal Abstract piece! It's beautiful :) As a fellow crafter I know how great it feels when you can finish a long term WIP!
Visiting as part of the A-Z Challenge, good luck with the rest of the Alphabet!
Kay - AKA Kay Gets Crafty

ah! Such warm colors and a feel good post. Just as I thought I needed a break, your post was relaxing. Thank you!
@ScarlettBraden from
Frankly Scarlett

I enjoyed reading your post Rachel. It was fun to learn a little more about you.
The piece your stitching looks very interesting. AA is still so beautiful. Someday I will work on it again.

Wonderful post and fall is my favorite time of year, too. Love the double A project, a really stunning piece.

That's great starter post of your April A-Z challenge. I loved going through all your As and seeing Autumnal Abstract again - what a gorgeous piece this is.

Great post! Nice start for the challenge and now I have a few more days to catch up on. :)

That's a different way to start the alphabet! Lovely to see the Abstract again too.