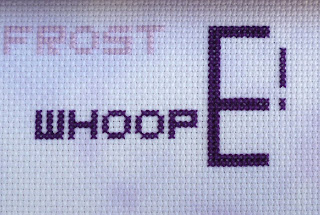 Do you remember...?
"Making Whoopee",  a jazz/blues song by Gus Kahn and Walter Donaldson from the 1928 musical "Whoopee!"
The title is a euphemism for sexual intimacy and warns men about the marriage trap. The song takes us on a journey from a wedding and honeymoon through babies, responsibilities, affairs and possible divorce before ending with a judges advice. Many versions have been recorded over the years with artists often removing or adding verses for their own rendition. Here's a link to the original song by Eddie Cantor if you're interested.

Also:
Whoopee cushion:
noun - a rubber cushion that makes a noise like breaking wind when somebody sits on it
origin - the whoopee cushion was invented in Toronto in the 1920s by employees of the JEM Rubber Company who were experimenting with scrap sheets of rubber. However, it is said the 14 year old Roman Emperor Marcus Aurelius Antonius c220AD used to slip "air pillows" under cushions for his guests to sit on. Strange to think that people found it funny almost 2000 years ago! 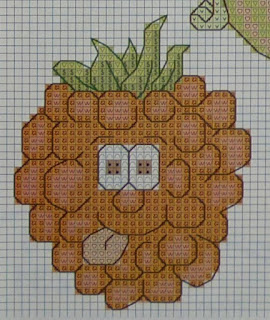 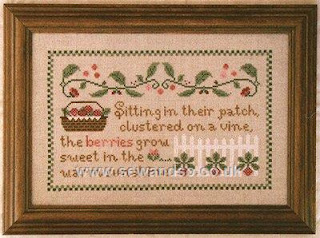 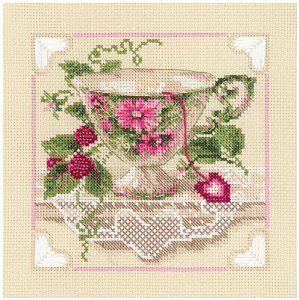 
Personal Es:
Exercise - something to which I have a severe allergy! Although in my defence because I don't drive I do walk everywhere (within reason!) and visit the gym twice a week so am not a complete slob.
Eurovision Song Contest - I'm afraid I have a soft spot for this annual and farcical musical extravaganza and follow it in quite some depth. The political scoring makes me cringe but occasionally a worthy contestant wins.


And finally my E project: 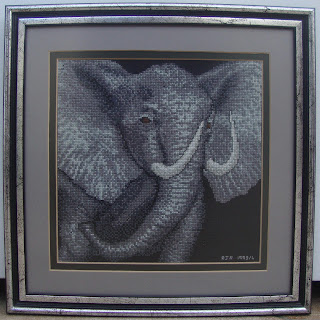 Midnight Elephant by True Colors
my first ever cross stitch, started in 1993 and finished 1994

This is still definitely one of my favourites, especially as it was an in-at-the-deep-end project stitched on black aida. I stitched it for my elephant-mad mum and it still has pride of place in her room. I love it!

See you with some Fs tomorrow.
Rachel x

How clever of you to use raspberry charts! I like your choice for next year. Did you know Eurovision coincides with our retreat? We'll have to have a little party. I'm a fan too!

Your E project looks great!! I have heard about this whoopee cushion for the first time.

The elephant is gorgeous!
In Sweden we are pretty Eurovision crazy altogether, and as you may remember we won (!!!) last year again. And this year we have a pretty good contender too:) For a while it felt like we Swedes would never win again due to the political woting, but we seem to have conquered that hurdle now:)

Gorgeous elephant!!! I can't believe this was your first ever project :)
I have those fruity designs too and can't wait to see you stitch them next year.
Did I read that right? Eurovision is on during the retreat??...

I really enjoy your posts. Your Elephant is just beautiful. I haven't finished a project on black but it's sure beautiful to see the colors pop off it so bright.

I spent 24 hours trying to guess your E word... Love you choose Whoope!!! The Elephant was an amazing first project.

I am really enjoying learning the history of your work each day Rachel. Your first project is beautiful.

Love your elephant! Very fun info on Whoopee as well. :)

This is such a fun A-Z and very off-the-wall too!
The raspberries are cute and the elephant is a wonderful piece too.

Hahaha, a whoopee cushion, who doesn't know this. Great word for E but I'm not surprised that you didn't find any charts for it. It's high time that some designer creates a design for it, lol.