Thank you for your positive comments yesterday and returning for day 2 and the letter B of the April A-Z Challenge 2016.

For today we have: 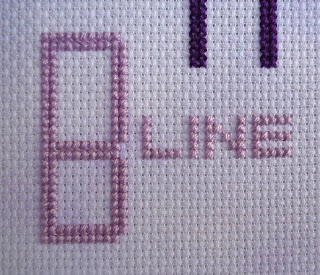 Beeline:
noun - a straight line between two places
idiom - to go towards something/somebody as quickly as you can
origin - the early 19th century with reference to the straight line supposedly taken instinctively by a bee when returning to the hive


Here are a selection of bee-themed charts: 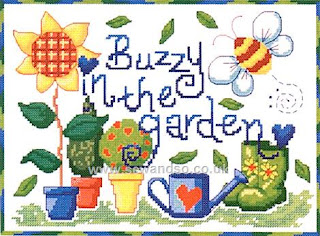 Buzzy in the Garden by Cinnamon Cat Designs 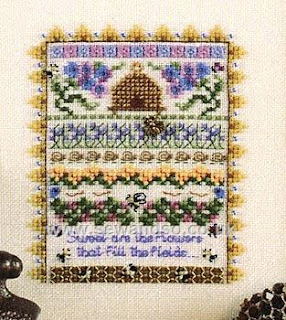 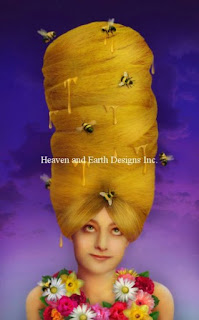 My personal Bs for today are:
BrickLink.com - an internet site where hubby and I have "owned" a Lego shop since 2002 through which we buy and sell lots of those little plastic bricks.
Brownies - I was a Brownie in my distant youth - 9th Clacton-on Sea it was.
BSc Econ (Hons) - my degree from University College Swansea (as it was then known) in Geography and Development Studies (for those not familiar with degree names it stands for Bachelor of Economic and Social Science with Honours).


For my finished project today I have chosen: 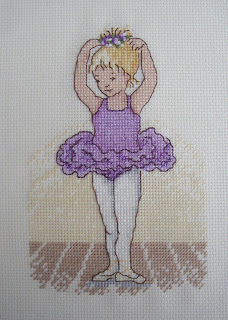 The tutu was stitched using a blend of normal DMC and metallic threads and was an absolute pain in the proverbial! There should have been a flowery border but I didn't think it was needed because the frame it was in at the time provided border enough.

And so ends the Bs. Back tomorrow with a New Start, then Monday with C.
Rachel x

I am the first Bee to comment on your B:) That HAED beehive is funny. Your ballerina finish is cute!!

Fun post Rachel. All these charts your showing - are they in your stash? Your ballerina is very pretty.

The ballerina is so sweet! Well done, thanks for sharing :)

What a sweet ballerina! I definitely think you can make a beeline for online shops. Especially a certain fabric shop we both love!
Cute charts though I dread to think how long it would take to stitch the beehive hair do!

What a cute post for the letter "B" and your ballerina is super adorable!

Oh great, I'm a fan of bee charts and the first that you show is so cute. And that beehive hairdo is hilarious, lol. Lovely ballerina you stitched for your daughter.

I am a real fan of bees, beehives (both bee home and hairdo) and ballerinas... so this a great post for me!!
Hugs xx

Another Brillant post Rachel :)
I would definitely do a B line for stash online or not!
Cute little ballerina you did for your daughter.

For some reason I missed this post. I see it now though. What a beautiful post. Love your adorable ballerina.

I was a Brownie once too, but never made it to Girl Scouts because I refused to sell cookies.

Don't worry, Bee Happy! Love that Beehive hair do too.
Nice to learn more about you too, especially the Lego shop, what fun!

Very amusing charts and info and love your ballerina!