For day 9 of my corny alphabet we have the much easier: 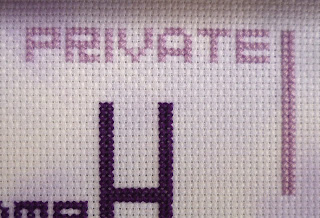 Private-eye:
noun - a private detective or investigator - or PI hence the changing of the I to eye - usually employed by individuals or groups to carry out investigations
origin - about mid 19th century when ex police officers and soldiers began offering their services, sometimes for financial reward

Over the years many private investigators have entered our lives, be it through books or television, with each case usually involving at least one gruesome murder which the police alone are unable to solve.

The list of well-know PIs is extensive and includes Brother Cadfael, Sherlock Holmes, Hercule Poirot, Jane Marple and Magnum (with the dodgy moustache).
There have also been PIs for children, although without the murders - Scooby Doo and the Famous Five spring to mind here.

Also
Private Eye - a UK fortnightly current affairs magazine (first published 1961) well known for satirising political and cultural life in order to expose the incompetence and pomposity of those responsible for running our country.


So, what charts have I found to do with Private I's: 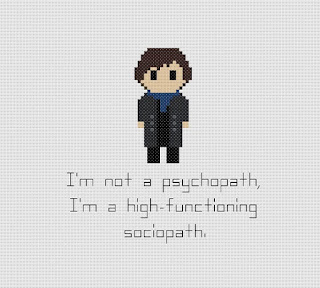 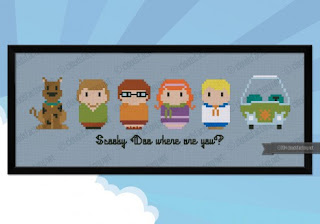 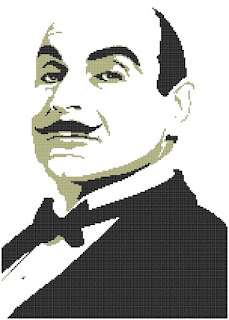 
My personal I's for today are:
invisible - I may be telling you bits about me but you will never see a picture of me or my family on the internet (NB if you google our names, none of the images are of any of us!)


And finally my I..... or rather "eye" completed project is: 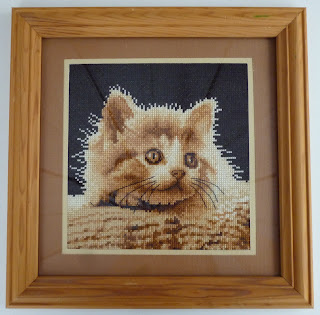 This was the first piece I actually started and finished on my blog in 2014 so holds fond memories for me. There are five in the Sepia Kittens series and this was the second to be completed. The other three will definitely be stitched..... one day!!


See you in the morning for J.
Rachel x

Another great post - that Hercule Poirot chart is amazing! I must check out the designer.
Lovely to see Big Eyes Kitty again.

Private I, a very good one. I love most of the ones you mention here. And that picture of Hercule Poirot is terrific.
Such a nice little kitty that you stitched. After seeing the elegant and this one and your latest start it seems that you love stitching bigger projects, too, don't you?

That kitty is adorable Rachel.

Oh, that kitty finish is darling--it is so lifelike!

Private I!!! But of course. Why couldn't I think of that. I am trying to think of things without using any outside resources - only my brain. I am sure I have one of those

That's a good one! Love the cute Scooby Doo design too.
There are very few photos of us online either, although there are two of me on my latest blog post!
Hubby is quite amazed at my ability to track down virtually anyone via FB. Which is why he won't go on it.
Luckily for me, if you Google my name it will add an e and show you my rather more famous namesake.

I love private I's. Sherlock and Poirot are great, but the Scooby one seems fun to do. With all the stitchers in the A to Z challenge this year I found my stitching bug again.

"I"nteresting post. Great interpretation of the I. Love the Big Eyed Kitty.

Cool! I love the David Suchet one and cool kitty.