I hope you're feeling hungry today because Q is for: 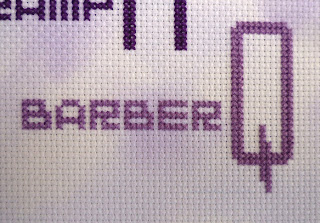 Barbecue:
noun - a meal or gathering at which meat, fish or other food is cooked out of doors on a rack over an open fire or on a special appliance
noun - the hearth (or nowadays custom-made grille) on which said food is cooked
verb - to cook food on a barbecue
origin - from the mid 17th century Spanish barbacoa, a raised frame of sticks on which food was stored or cooked

Luckily, we don't do barbecues but both neighbours enjoy them regularly in the summer. To me the definition of barbecue is: "having to get the washing in from the line when the neighbours start cooking because they STINK!!"


There are loads of charts available to do with barbecues and cooking in general but I have chosen to show you: 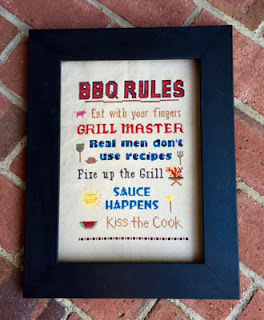 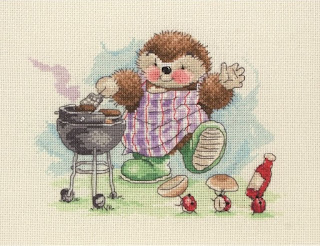 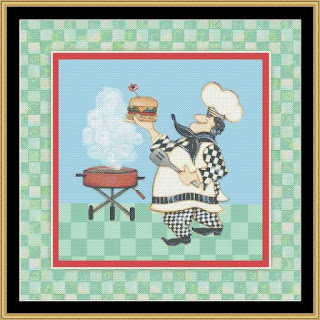 
My personal Qs include:
quiet - I may not come across as being a quiet and shy type person but I am! At work I was the person who dotted the i's and crossed the t's whilst everyone else socialised. Suited me perfectly!!
querulous - Heather chose this one and it means "habitually complaining". It's a good word but far too negative; I only complain when necessary!


And my Q project is my quartet of seasonal teddies: 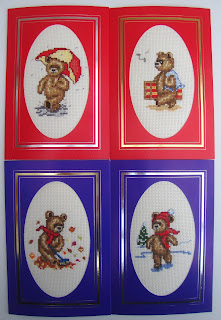 A Bear For All Seasons by Framecraft

These were stitched in 1998/1999 in the days when I didn't mind frequently changing colours! I thought they were quite cute at the time and, although finished and mounted in cards, have never been on display.


A difficult R for me tomorrow.
Rachel x

Ha ha - barber Q! For some reason that has really tickled me this morning! Your little teddies deserve to be out on display.
We don't BBQ either as I'm always suspicious that the food wouldn't be cooked properly. But my brother does a good BBQ and I enjoy going there.

I love your BBQ! Yes your teddies are too good not to be on display :D Keep them out!

I love BBQ but do not like eating outside as there are usually unwanted flying things going around :D
Your little teddy bears must have been "fun" to stitch! They do look great though, they shouldn't be hidden away.

ahh, I couldn't think of what the Q would stand for, very clever! Nice teddies.

Mmm BBQ! I love the taste of wood and charcoal food. I can't have it often though because we live in an apartment so we can't grill (I think we could but hubby is overly cautious)

Your little bears are adorable Rachel. You should put them on display. We love to barbeque.

Cute teddies !! I have similar personal Qs. Only that I wasn't a quiet person when I used to work but now I am kind of a social recluse.

Too funny. I love a GOOD BBQ. We can't wait to start cooking outdoors here -it is a true sign of good weather. Great one

Great Q post but what a shame that you do not enjoy BBQs - a staple of summertime cooking here in Oz.

A funny word as it appears on the alphabet. We don't do barbecues either as our grille is broken and we haven't bought a new one. And it seems we won't. But sometimes, in the summer, we go to friends who have a grille and love their barbecues.
Nice charts that you found for this topic.
Aren't mothers always querulous in the eyes of their teenage kids? Lol.

I love querulous! It's a great word. I also quite like BBQs because someone else does the cooking.

"Q"uite the post! My hubby loves BBQing up some food. I just love that Anchor chart with the hedgehog! Love your teddy quartet.