Only two weeks left of the A-Z Challenge so we're just about on the homeward stretch. For today we have O is for: 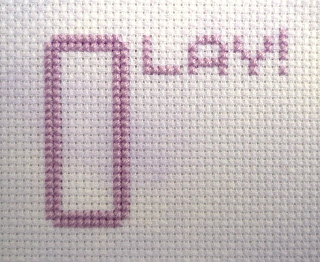 Ole (with an accent over the e):
interjection - used as a shout of triumph or encouragement or to mean 'bravo', customarily used at bullfights and during flamenco dancing in Spain and Latin American countries
noun - a cry of 'ole'
origin - derived from the Arabic "Allah" and shouted when a performer reached maximum grace or intensity. At this time they were considered to be showing the power of Allah through their performance.

More recently the phrase has lost the religious connection and is used as a chant (often of encouragement) during various sporting events such as football, WWF and Canadian ice hockey.


I've kept to a Spanish theme for charts today. There are so many to choose from but I have selected: 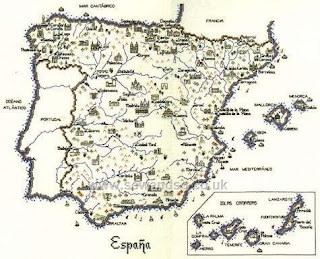 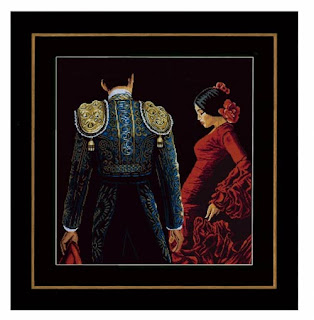 
My personal Os include:
October - both of my children and I have birthdays in October. Hubby feels left out, but he only missed October by three days. 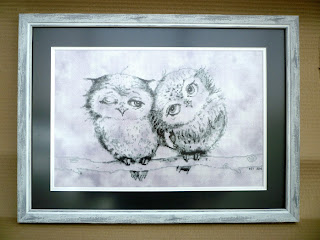 This piece went down a storm last year both while I was posting progress pictures and once I had finished and framed it. I know it's only a few months since you last saw it but how could I not show it again today (especially as I've had some new followers since then)?

Outrageous designs! ;). Still love owls and I'm awed by your commitment with all greys

You naughty girl! I've just fallen in love with that Paso Doble design. Your Owls are so gorgeous and I don't think we'll ever get tired of seeing them.

Great charts you chose for the Spanish theme. These Paso dancers are just gorgeous. Or maybe only she is the dancer and he is a torero.
No matter how often you show your owls, I always love seeing them again :)

Your owls are always so lovely to see:)
Your husband should rather feel special as he added one more month for celebration:)

Brilliant!! I love your owls :D 2 months of birthday cake instead of one month sounds great to me! :D

The Paso Doble design you have found is amazing.
Glad you're sharing your cute owls again with us, we can't get enough of them :)

Ole! Very well done :o) Interesting how all those birthdays fell in October. So far the baby and I are February and the hubster is January. He wants "our next one to be born in January, mmk?" Haha

yay, good to see the owls again and our birthdays are close since I'm in September. I have sung "Ole, ole, ole, ole" at Canadiens games and while watching on TV. :)

Just love the owls Rachel. Our birthdays are close too as I am in September.

"O"hhh I loved that beautiful Owl piece. So glad to see it again.

Oh wonderful! My son, my husband, my Dad and my Grandad are all Librans (September or October) so it's a wonderful time of the year to have a Birthday!