My final January start was also my most complicated (as in thread changes and backstitching) but I fell in love with this little chap and am glad I chose him as one of my new starts. Being a Saturday I was able to stitch quite a lot - oh dear, what a shame! 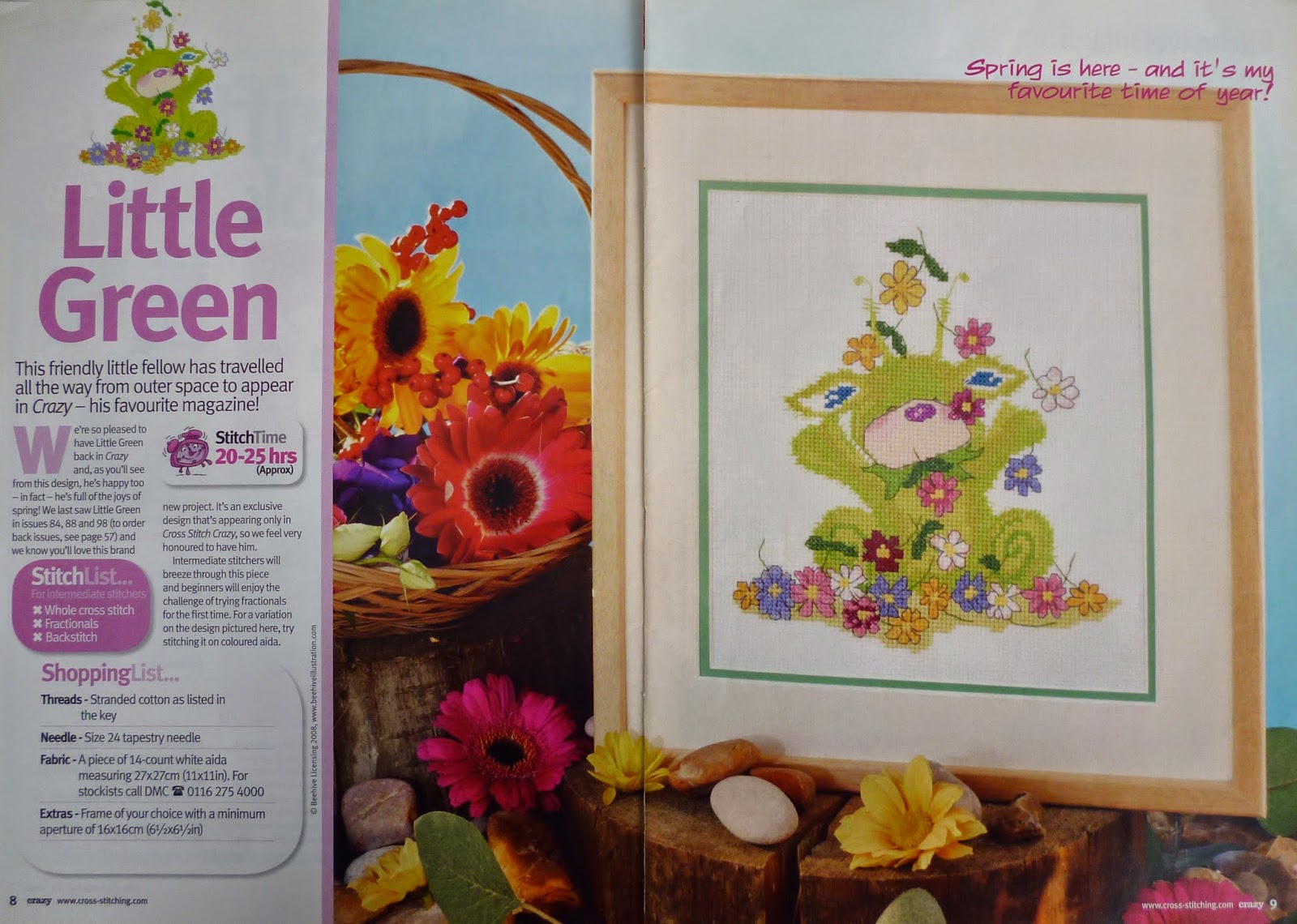 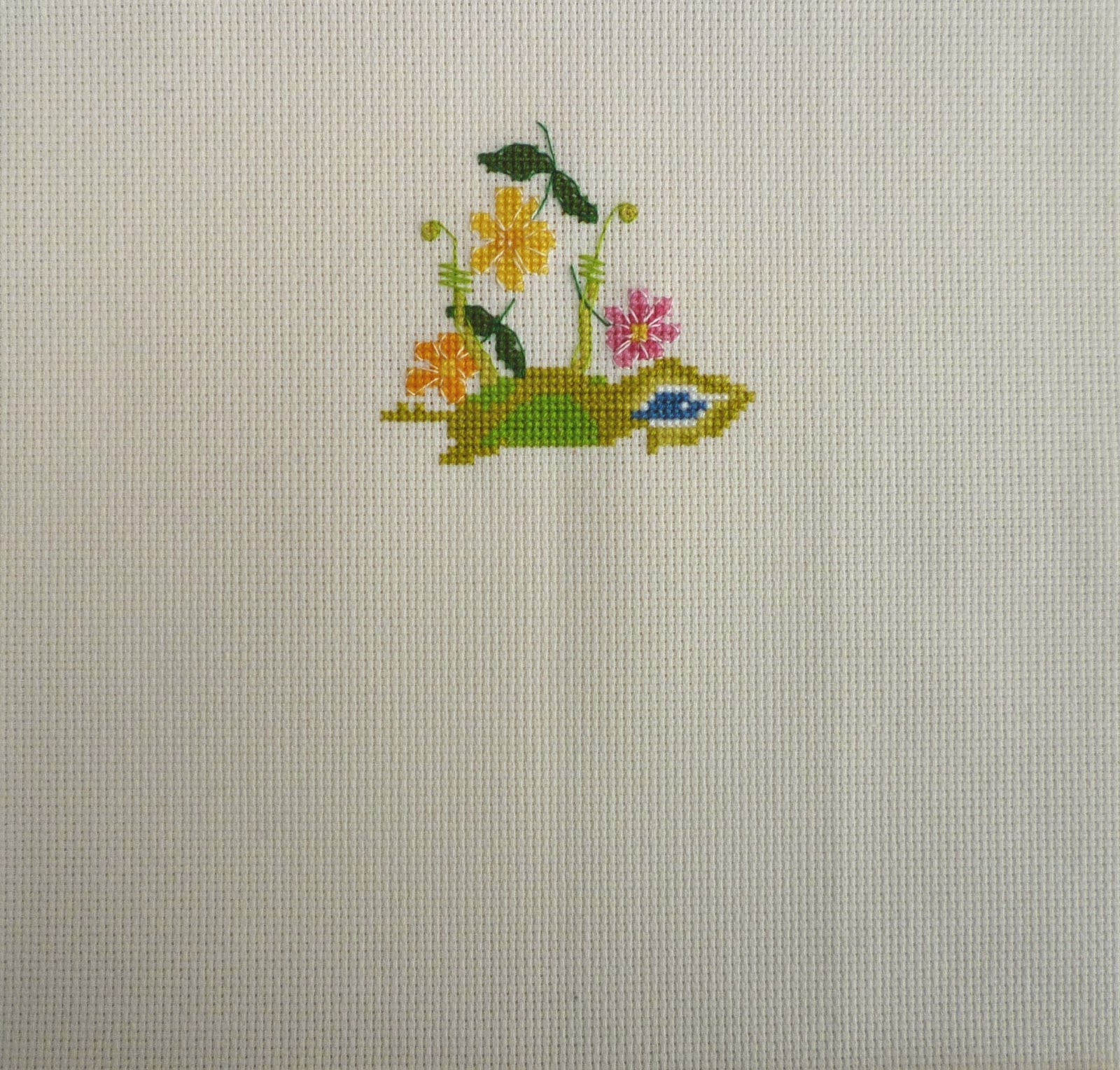 
So, that's it, I've done it and successfully completed the Challenge. I have loved starting and stitching every single one of them, although the four Elemental Dragons and Dreaming of Dolphins are definitely my favourites.

Your company along the way has been fantastic. I have gained some new followers (welcome) and received hundreds of wonderful comments. I really appreciate the time you have taken to follow, read and comment, some of you daily. Thank you all so, so much!

You see, when I started Debbie's Ultimate Crazy January Challenge I thought that 31 projects would be more than enough to keep me going for years, especially considering I have four large focus pieces on the go too. I also thought that starting a new project every day would be boring and tedious. But how wrong could I have been?

My justification was that:

1) there are so many charts on my to-do list that I would like to stitch
2) I had planned to start about half of them during the year anyway
3) I have almost all of the fabric required (just needed to buy evenweave for four starts)
4) Most of the charts would count towards Stitch From Stash
5) I would not need to or allow myself to start anything else for the rest of the year (apart from the planned Lizzie Kate Monthly Flip-It Stamps, Owls in Love and Dragon Eye) - scout's honour!

So, decision made then!

It was really easy to choose another 28 charts but, for variety, I wanted to ensure they would different to January's selection, i.e. no more Solo, Margaret Sherry, Lickle Ted, Nelson or Tatty Teddy. For that reason, most of them are bigger projects with only a few "cuties".

Unlike January, I've decided not to release the February pictures in advance so you won't know until the day itself what I've chosen. However, as a tease, all of them are on my Small Charts and Magazine Charts tabs and some are in sets. Therefore, once you see one you should be able to guess its siblings.

So, you haven't got rid of me yet. I'll be back tomorrow and daily again for the rest of February!

And many, many, many thanks for sticking with me. :))


PS  I'm also taking part in A New Stitchy Start 2015, hosted by Tammy. If you're interested my January posting is here but I'm afraid it's not a happy one.  :(

Well done on completing the Jan challenge. It's great to hear that you enjoyed it so much that you want to continue on into Feb. Looking forward to seeing next month's starts. You last one for January looks wonderful.

You're officially crazy! I love your latest start and am really looking forward to seeing you start 28 more. I've just had a look at your stash pages and have seen a few new to me designs which are lovely. I'm hoping you choose the Satsuma Street designs then we can stitch together.

Your crazy is our gain! I've enjoyed watching your new starts throughout January, and am thrilled it will continue in February. Looking forward to seeing what you come up with!

Hooray! It has been lots of fun seeing all of your new starts. I am continuing on to February as well ... but I'll be working on different WIPs each day, instead of new starts. Go!Go!Go!

I don't blame you at all. If I didn't have the urge to stitch on my already on the go projects I would have kept going too. It's been so much fun watching your WIPs so I'll definitely be along for the ride.

Sorry about the Macaw. It's so important when working on that large of a piece to enjoy stitching it so I don't blame you for changing now. I hope you can find what you are looking for.

LOL!! Too fun!! I can't believe you have all the fabric in your stash to do that many starts. WOW!! It's great that it will get put to use! And I love the Little Green Monster!!!

Glad to hear about your new plans! You've inspired me to try some smaller projects. Looking forward to seeing the new starts.

Well done on completing your original challenge, you are very brave (crazy?) to carry on! haha!

Good job crazy lady! It'll be fun to see your new new starts. I kept up with all your posts even if I didn't comment. I'm in awe lol

Well done on the 31 starts, I think your crazy to do February too.

I'm so happy that your still going to be crazy with me in February Rachel. Love your new start.

Congrats on your 31 starts!! Looking forward to February's!!!

You are insane!!! (in a good way) as 31 new starts were not enough???
I'm looking forward to see your February ones xx

I'm glad to see you are continuing into February. It's been so much fun watching your January starts. I'm not brave enough to start that many yet but I think I might do a super mini challenge and start Hmmmm maybe 7 new ones? LOL I usually do one at a time plus one or two smalls in my to go bag. I don't have the stash to start 7 new projects so I will get to go shopping. Wooo hooo!