Here is my monthly posting for the #24HoursOfCrossStitch Challenge, the brainchild of Jen from QuirksandStitches (blog fairly inactive but she does do Facebook, Instagram and Flosstube).

As usual, there is a lot of fun shoe-horning in here. I hope you can follow my logic; it does make sense, honest! 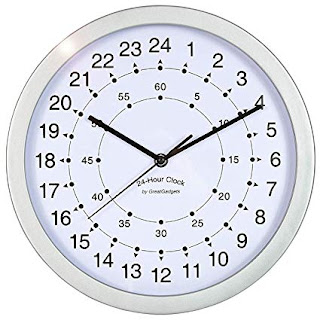 September follows the same format as previous months, so let's get going, shall we?

I stitched for a total of 44 hours 15 minutes during September, split between just six projects. Here's a recap of the projects with the time spent on each one: 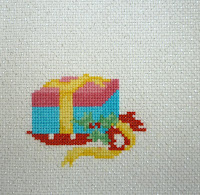 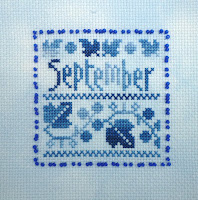 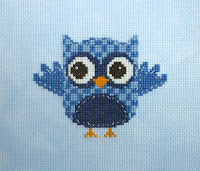 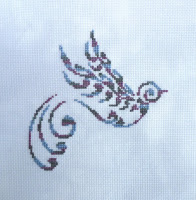 
2) Fill in the acrostic SHORTER DAYS (Hogwarts was used once, all the other projects twice)


3) Connect 12 or more of the given holidays to your projects and stitch for at least 24 minutes on each. (Each project went on two holidays, so 12 in total. See above for time spent on each one.)

This is where I struggled. A lot! But all in good fun. Bear with some of the links, they do make sense, honest!

7th - World Beard Day - Kings and Queens - like most men of the time, this month's monarch, Edward I, sported a beard.

9th - Bluebird Of Happiness Day - Winter Bird - because my winter bird is blue so a 'blue bird'.

12th - National Day Of Encouragement - Hogwarts In A Bottle - because schools are (hopefully) places where children receive lots of encouragement.

13th - International Chocolate Day - September in Sapphire - in the US state of Washington there is a glacier called Chocolate Glacier. This project was stitched on fabric called Glacier, hence the connection to chocolate!

23rd - Family Day - Kings and Queens - my monarch of the month, Edward I, loved his family.

26th - Forget-Me-Not Day - September in Sapphire - because forget-me-nots are (sort of) blue, like sapphires.

28th - National Ghost Hunting Day - Hogwarts In A Bottle - because Hogwarts has a number of resident ghosts (including the mischievous Peeves who was played by Rik Mayall but completely cut out of the films... boo!)

29th - International Coffee Day - Blue Patchwork Hootie - because owls have big wide eyes, which is what we have if we drink too much (caffeinated) coffee!

Oh, how I loved making those connections!

There are going to be two Challenges for October; one based around autumn, the other Halloween. We don't have to do both but I probably will - double the challenges, double the fun... bring them on!!!

I LOLed at your connections and then had to explain it to Jeremiah. He said Whatever works. Love the chocolate one. Just perfect. Jen said that's her favorite part is hearing how people connect things. Fantastic stitching and that's the point. Can't wait to see what October brings. By the way the backstitching on the castle is WONDERFUL!

Awesome progress on all of your projects Rachel. I absolutely love your reasons on all of them. My poor old brain can't come up with stuff like that so I don't do these challenges. Kinda makes me sad.

Nice stitching! I love the connections you made this month. Some of them are "out there", but they all work!

Using the shoehorn is the best bit about these challenges! You did really well with the holidays. Some of them were pretty obscure.

Great connections Rachel! That hootie is so cute.

Looking forward to seeing what October's acrostic is and how you use it.

Oh cool! Well done and I love how Hogwarts is growing! I must get back to mine. I feel like the opalescent was a mistake though as I have trouble seeing the holes with all the shine under my Ott light... Ah well. :)