I'm back with more Box of Shame finishes although, to be honest, it's really only one even though I've counted it as six! I started (and finished) these six Lizzie Kate Green Series charts last year as part of Debbie's January Challenge. They were quick and fun to do and I'm so glad they are no longer in my Box of Shame.

Lizzie Kate Green Series
This was a splurge frame which I actually bought last September. I spent a long time deliberating if this set was worth custom framing or if I should make them into ornaments. I decided that, as I would probably never get around to making ornaments, a frame was best. The muted greens and pinks of the fabric were quite hard to match to the available mounts but in the end I opted for a dark red inner mount and dark green outer mount surrounded by a mahogany frame and with non-reflective glazing. I'm absolutely delighted with the result even if it was extravagant for such small pieces.

Shame the photos don't do the pieces justice (the conservatory was too sunny!) 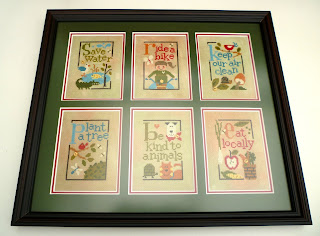 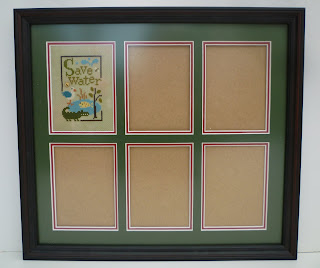 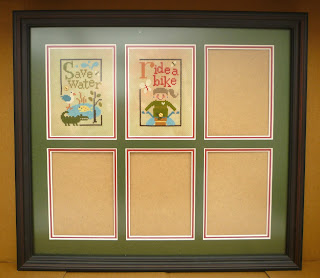 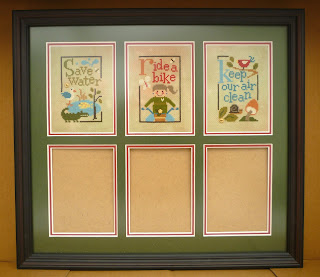 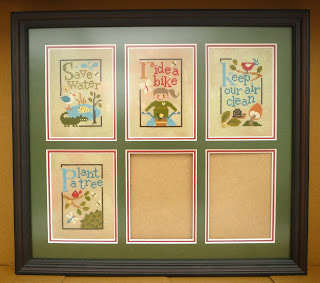 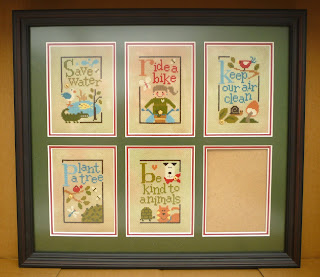 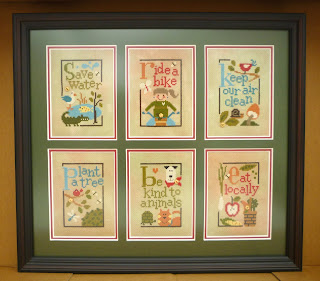 I think I've done really well with my Box of Shame finishes so far this year but this one will probably be the last for a while. Apart from the set of six Woodland Folk animals, most of the remaining pieces are for making into ornaments and that is a task I am not overly keen about. I expect I'll keep putting them off and putting them off until one day I get the enthusiasm to start them and have an ornament marathon. Can't see it happening anytime soon though!!!

Beautiful frame Rachel and you did an amazing job at framing them. Its stunning.

Congratulations on your framed piece.

They look wonderful all together.

It looks beautiful Rachel! Love the colors you picked. I would count is as 6 because it was 6 charts and 6 pieces of fabric! :)

Woohoo! That definitely counts as 6 fully finished objects, and beautiful work on framing them.

They turned out perfect! Fantastic work.

They look great together! Well done!!

They do look good like this, sometimes we have to be extravangant!
Can you try do one small finish per week? Maybe pick one evening to be Finishing Evening.