During 2017 I am attempting to radically reduce the number of unfinished-finishes lurking in my Box of Shame. This week I've successfully eliminated another 5.

OK, it's not as impressive as it sounds as all five pieces were simply framed in aperture cards with a little bit of wadding behind them. But at least they are finished and crossed off my list. There was really no need to embellish the cards as the finished pieces speak for themselves.


Puddle Duck and Waterlogged were stitched at the beginning of 2015. I chose bright card colours to reflect the fun element of the designs. 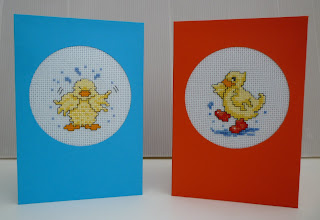 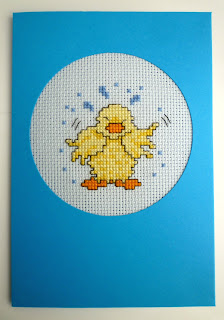 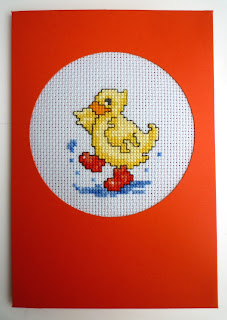 Mr Daydream, Mr Jelly and Mr Happy were stitched for last December's Smalls SAL. Again I chose bright cards which matched their colours (OK, Mr Jelly should be in a pink not a red card but he doesn't look too bad). I wanted to write their names on the cards but didn't trust myself to get them right or neat enough. Maybe one day..... 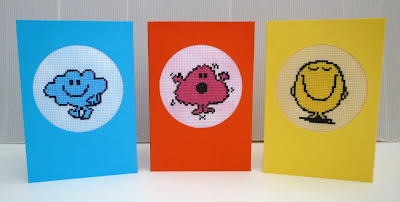 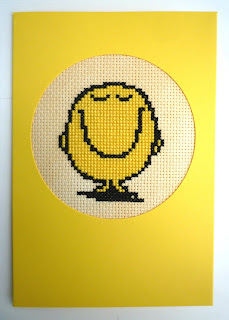 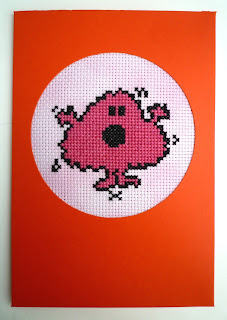 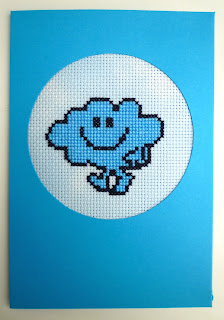 I've already selected the next batch of pieces of finish-finish but when I'll get around to them is another thing! Hopefully it won't be too long.

Labels: Little Miss and Mr Men, Water Off A Duck's Back

The cards look fabulous. I love the Mr Men ones.

Congrats on the finish finishes Rachel. They are really cute. Do you hang them on the wall?

Those turned out adorable!
The Mr. Men ones are really, really cute.

Excellent finish-finishes! Great idea and nice to have a few crossed off the list.

High five, you are going great!:)

Oh I love how these turned out. Great job! Getting those beautiful things out of the box of shame.

Oh how cute are those! Great stitching and emptying of the shame box!

these look great. Perfect!!! What a great idea. Thank you for sharing