This month's theme is Sea Creatures.
Well, I've got one word for this - dolphins!
I love dolphins and didn't realise quite how many I'd stitched until I totted them all up. But I'll only show a few, along with a couple of other sea creatures which have crept onto my needles.
Dreaming Of Dolphins is one of my favourites, although I'm a bit upset about the hand-dyed fabric whose blue shades faded as I was stitching: 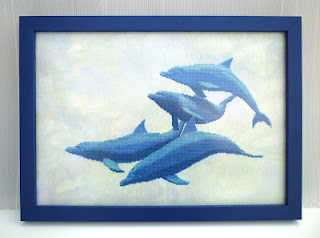 These two Ocean Critters - Seahorse and Dolphin - by Janet Morningstar were really fun to stitch. There are a crab and lobster in this set too, but I'm not so keen on those. 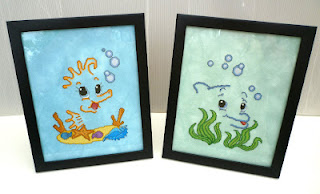 I then have a set of Dolphins by Durene Jones - only four out of the seven so far, but these are my favourites. 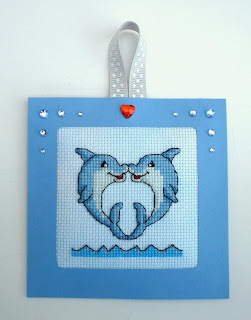 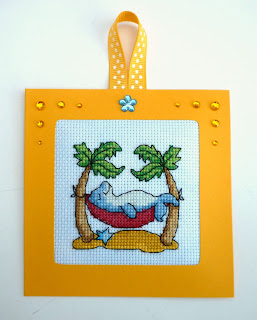 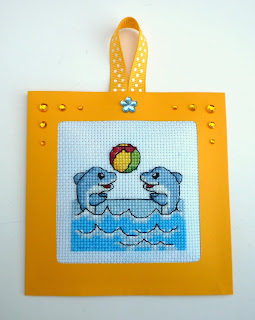 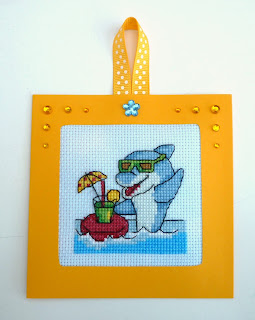 And finally, the recently-finished Watercolour Dolphin... 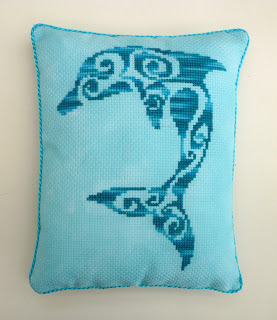 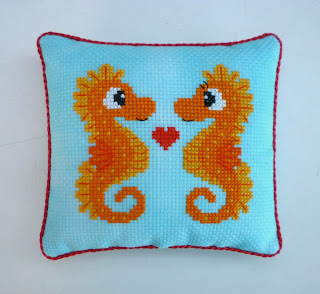 It seems customary recently, in this SAL post, for me to show a BAP I stared and have given up on, and this month is no different!
I started Dolphin Ruins in 2014, when I had a run of BAPs, and still love it, especially the marble columns and the ripple effect of the water. But, sadly and unsurprisingly, it's probably not going to be picked up again. I'm now of the mind to buy the picture rather than finish stitching it! 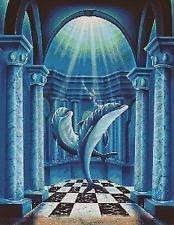 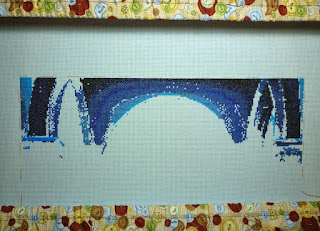 And finally, finally, I thought I'd look for something different. I'm not keen on these pictures-within-pictures charts, but thought these looked really effective (and it's something other than dolphins and seahorses!) They're by VladaXstitch on etsy: 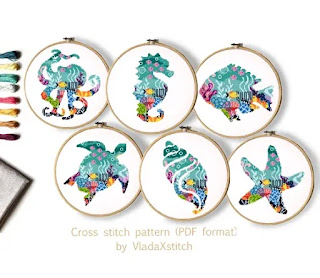 Next month's theme is Wild Animals; perhaps that post won't be quite so one-sided!
Take care,
Rachel x
Posted by Rachel at 9:13 pm

You have some great sea creatures! I especially like your watercolor dolphin.

Oh I love this post of course. I love dolphins. The adorable ones you linked to are just that adorable. You horrible person haha. Love them all. Your seahorses are maximum adorable as well.

Thanks for taking part in The People's Choice this month. I love all your dolphins but especially the tribal watercolour dolphin.
Shame about the BAP because you did make a good start on that one. Is there an Adopt a BAP group out there somewhere?
Thanks for the new to me Etsy too!

I'm not surprised you found a good selection of sea creatures! Your dolphins are all really cute. Shame about the BAP, but I know how it is, only that many hours in a day!