In my last post I said I wasn't in the mood to start a new project but..... I found two lots of Star Trek characters hiding in my stash and couldn't resist starting them! I am quite a big Star Trek fan, as is my daughter, so these fill a gap as I do not want to stitch a big Star Trek project. They are designed and sold by Pixel Power and are of The Original Series and The Next Generation officers. For their size I think they're rather cute! Pixel Power do lots of other TV characters so I may have to return for The Twelve Doctors, Red Dwarf, Star Wars and Game of Thrones (among others!)

Star Trek - The Next Generation Officers

And this is where I am up to at the moment: 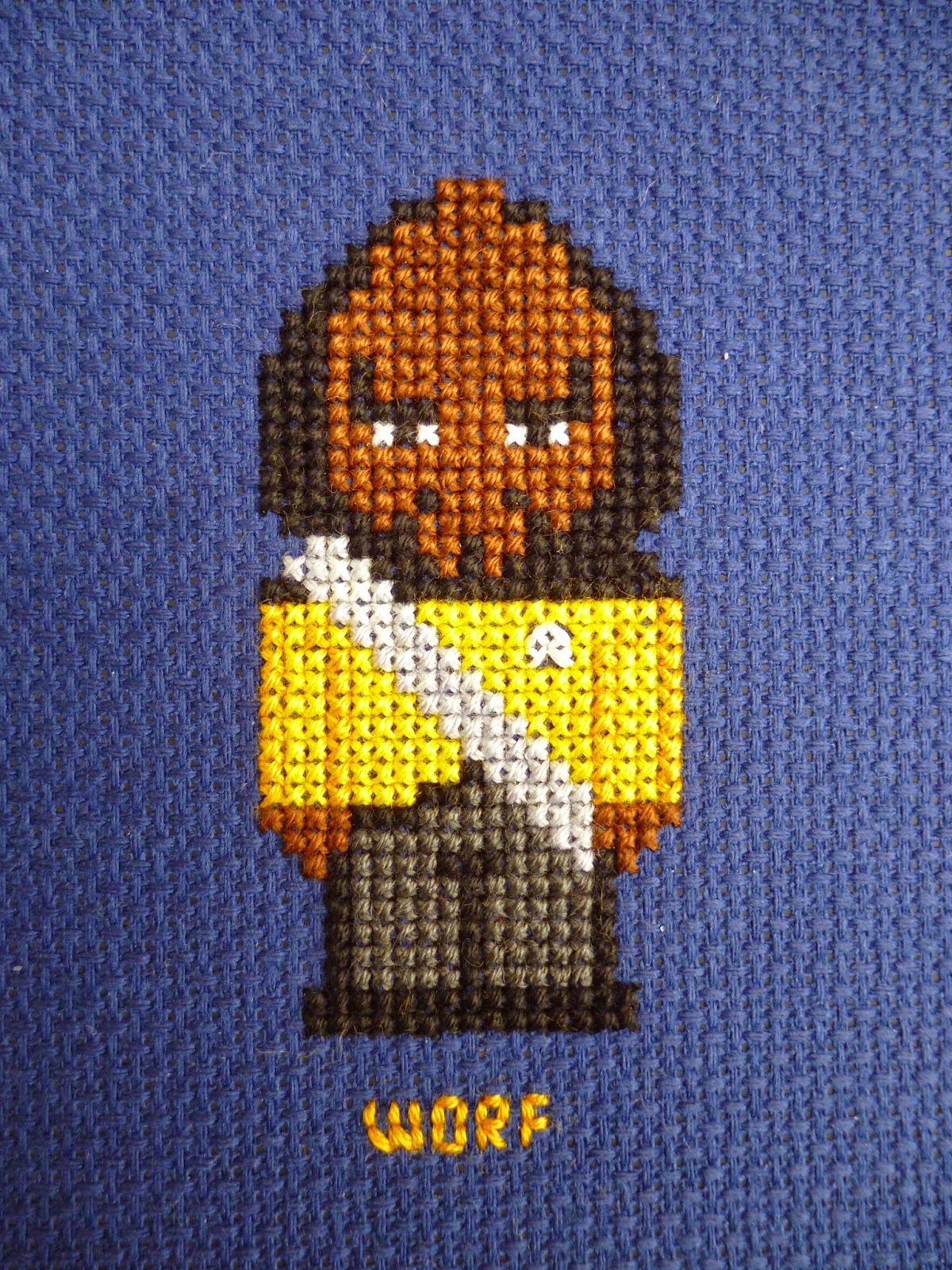 
I started on TNG first and changed Worf's uniform from red to yellow as that is his usual colour. I am not going to stitch the characters in a row but as a 2-3-2 so that the finished piece is square.

Next up is Riker.

Take care everyone and thanks for dropping by.

All the best and
Happy Stitching :)
Rachel x

Cute new start. I've seen the Star Wars one from the same company, they are really fun!

Love your new charts and start Rachael. I just found your blog. I too, was a stitching friend of Debbie's. I would love for you to stop by my blog. http://www.bengalcatlover10.blogspot.com/

Hi Rachael. You had mentioned that you were going to do the UCJC2015. I'm so depressed that I was thinking about not doing it. But, I would love to do it with you in honor of Debbie. We were just starting to get our lists together.

Love your new Star Trek starts. You have made great progress already.

I love these. Think I might have to do these for my dad!

Thanks Annie. They're such fun to stitch! :)

I'm tempted by so many charts from Pixel Power - small and sweet! :)

Welcome to my blog. I'll certainly pop by yours! :)

Thanks. It's sooooo nice to have a project for once that stitches up really quickly!!! :)

Thanks Rachael. They really are easy to stitch and such fun too! :)