A Taste of Tuscany - parts 2 and 3 completed and annual target met!

Very long time, no see! I can't believe I haven't posted for over a month! I've had no real progress to show, but it wouldn't have hurt to just let you know that I am still here! At least I have kept up-to-date with all of your blogs and am impressed and totally jealous with the amount of stitching, buying and framing going on!

On the actual stitching front, I've finally finished the second and third of the four Taste of Tuscany pieces. The variegated green and pink threads that I used for the plants on the first piece didn't work on these two so I frogged the lot and stitched the plants in their given colours with much better results. Finishing parts two and three also means I have met (and exceeded) my target for the year for this WIP! Yippee!

Here they are with their details then: 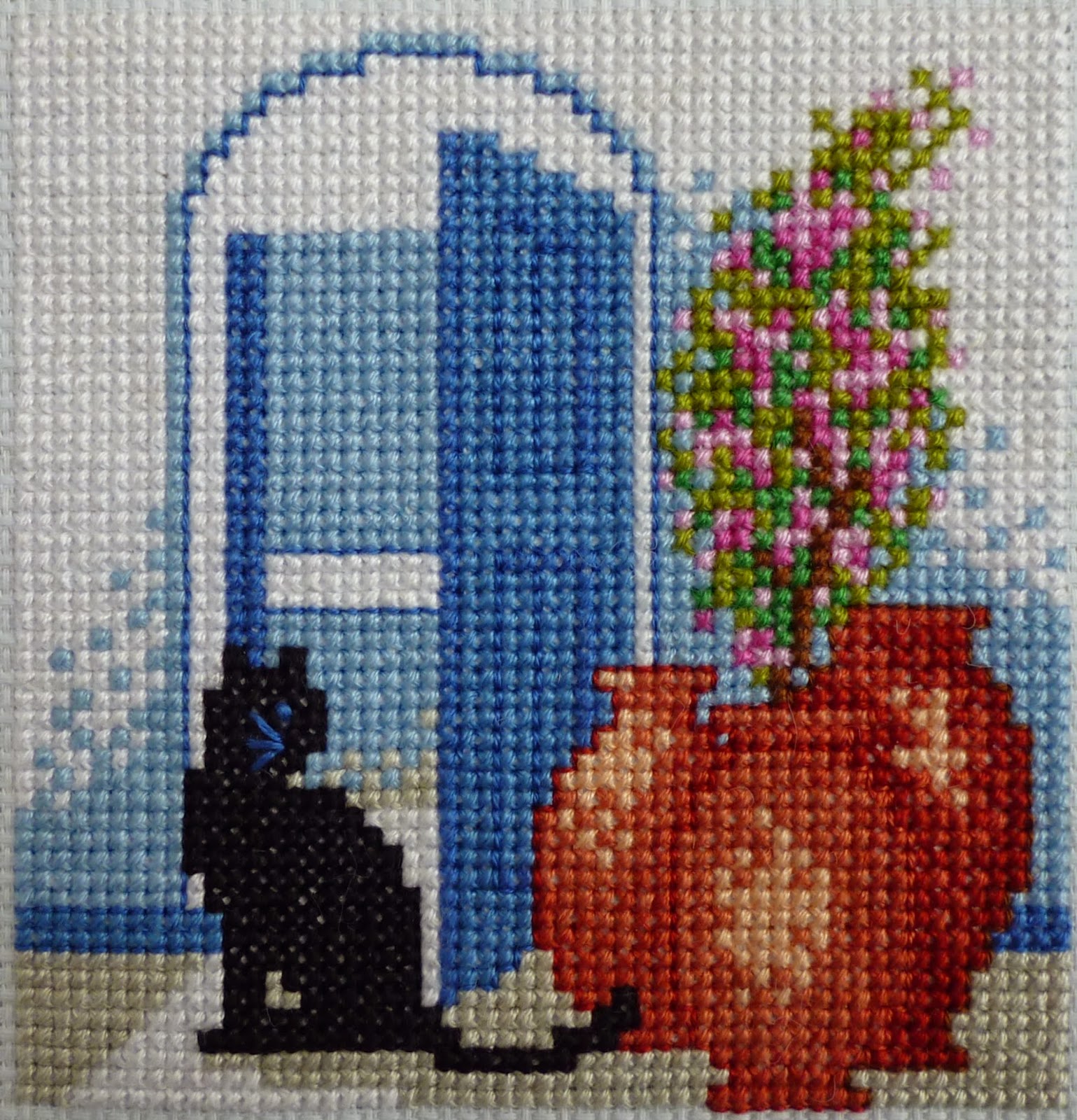 A Taste of Tuscany by Rico Designs
Featured in Cross Stitch Crazy issue ?? 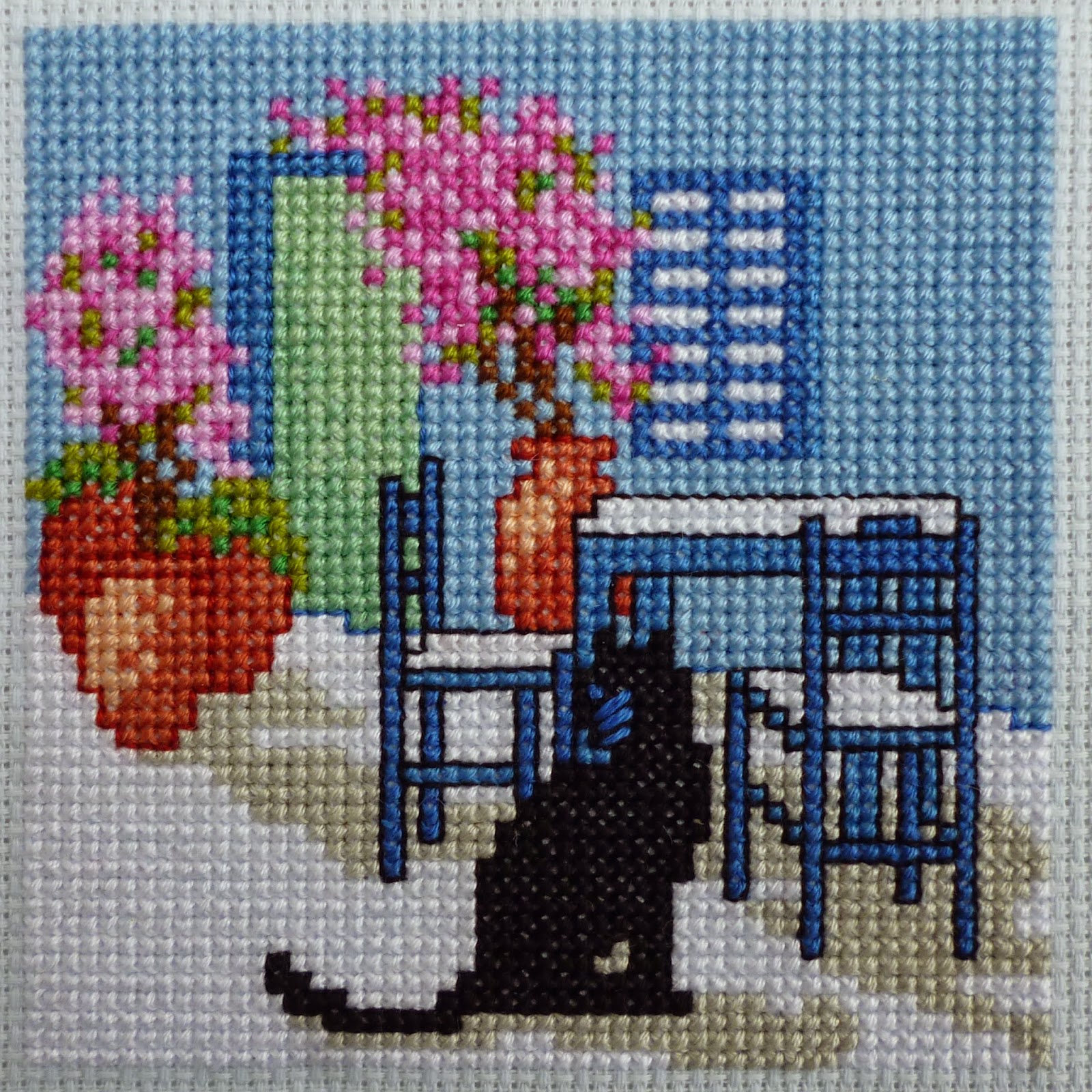 I'm really unhappy with the whiskers on the third piece despite trying to get them right umpteen times. As soon as this has been posted I'm going to frog them yet again and persevere until I am happy. Oh joy!!

EDIT - I have now re-done all of the eyes and whiskers of each cat in the yellow used on the charts. I am now one happy bunny as they look so much better (but I still hate French Knots!)

In anticipation of finishing all four Tuscany pieces (and because I'm impatient) I have already ordered and received the frame from ezeframe.co.uk. It's a black painted 13mm frame with a mid-green top mount, black bottom mount and non-reflective acrylic glazing. With hindsight I should have made the bottom mount slightly wider but, ho-hum, it still looks fine. It cost just under £20 - about half the price of going to a framers - and was made to my exact specifications. I am really happy with the result and as a teaser here's the first piece framed: 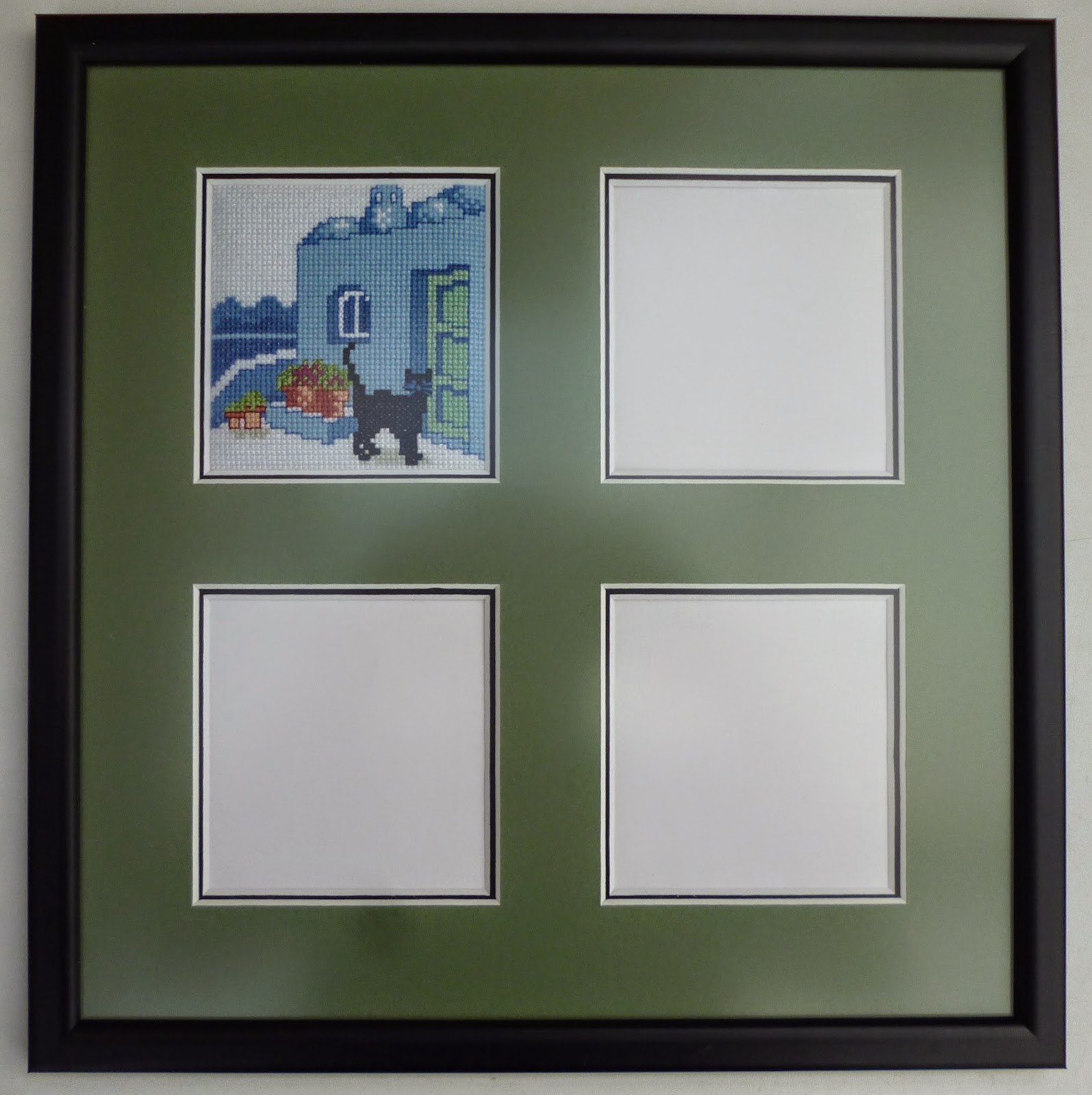 The fourth piece of Tuscany is about to be started with the intention of finishing and framing the complete set before the end of August. I shall then return to my larger projects which have been neglected for far too long and are crying out for attention.

Hopefully I shall be back soon with Tuscany completed and framed. So until then,

Great finishes, well done. Love the frame you got they will look fantastic

Rachel, they look fantastic and I love the frame you are going to use to put them in. I'm going to have a look at that website now as it seems very reasonable!

Your stitching will look great in the frame

Thanks! I've used ezeframe.co.uk many times and they have never failed to deliver exactly what I have requested. I hope you have a successful time there.

Thanks! Here's hoping I can get the final one completed soon as I'm itching to hang them all! :)

Thanks! Pop over to the WIP page for a sneaky-peek at three in the frame. :)

Your pieces look wonderful, and they will look great in that beautiful frame!

Thanks, Annie. It's good to know other stitchers think I've made a good choice for the frame. :)

They look great and that frame is lovely! I bet it'll look amazing when they are all in there!

So cute, I love the look of the frames at ezframe but haven't been brave enough to get one yet. The kitties are really sweet, can't wait to see it all finished and framed!

And thank you too! So many have commented on the frame that I know I've made the right choice! :)

I was apprehensive at first about using an internet site for frames but have been happy with every one so far. I obviously can't comment for others but ezeframe come highly recommended from me! :)

Just found your blog.
I love your Tuscany designs and the frame looks perfect.
Have a good week (: