Hedwig In A Bottle - finished!

Hi all!
I've now finished the second of my four Mischievous March new starts - yippee!
Hedwig In A Bottle was a new start on the third weekend of March. Once the weekend was over I carried on stitching on her for the rest of the week meaning that I only had about a third left to complete when I picked her up again a few days ago.
Here's how I left her after the weekend of starting her: 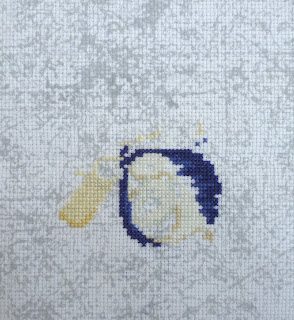 Completed before the backstitching: 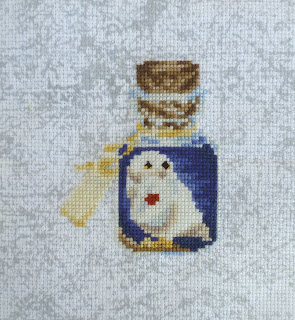 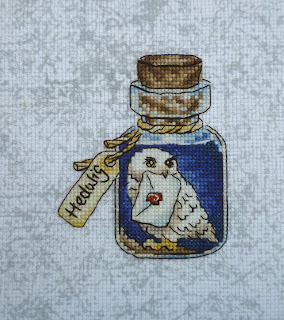 Hedwig In A Bottle by MagicStitchStudio (etsy)
Stitch count 44 wide by 54 high
Stitched on 16ct Sketch Grey aida
Started - 20th March 2021
Finished - 18th April 2021
Total stitching time - 17 hours
I'm pleased to say the backstitching was nowhere near as bad as for the previous Bottle and, looking at the other Bottles, I'm sure I picked the worst one first, so that's a consolation.
I'm now working another of the remaining two. I don't think it will become an April finish but, if not, it won't be far too off. Fingers crossed.
Take care,
Rachel x
Posted by Rachel at 10:32 am

Another beautiful finish with lots of detail. Looking forward to seeing the FFG with the Harry Potter fabric.

These are so cute, another great little finish.

It's a great finish, lovely detail

Beautiful finish. Back stitching adds more details to the piece.

I love how this one looks! Congrats on another finish.

Excellent finish! I'm glad the backstitch wasn't as bad on this one.

It's a beautiful finish.

So far behind. But I'm here for now haha. Love this little finish. Love the backstitching.