Last night saw another finish from last year's January Challenge. This cute little polar bear has been completed just in time for the cold/snowy snap we are due for the next few days. He's my second finish of the year (the first being my Smalls SAL piece which I won't blog about until 27th January) and one which I wasn't expecting to pick up because, after finishing four out of the six Christmas Pals Ornaments at the end of last year, I thought I'd had enough of them. But something drew me towards him so here he is!

Here's how I left him (well, his border!) on 29th January last year: 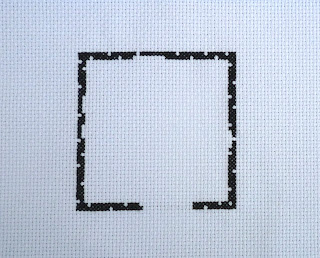 And here he is all wrapped up for winter: 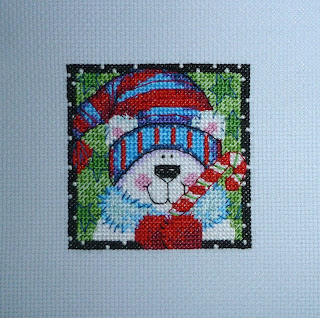 
There is no doubt I'll now be picking up the final Christmas Pals Ornaments in order to both finish off the set and cross another WIP off my list.

What a cute finish

Yep, very cute! I especially like the scarf :o)

Congrats on the cute finish Rachel.

He's adorable!!! So glad he is finally finished up. Can't wait to see the next one.

He is a cutie, but then all those Christmas Pals are. I see you are almost finished with your DUCJC 2016, you should be done in no time!!

So cute!! Well done on such a great finish and for getting back to this one.

Great job he's adorable! I still need to get these :)