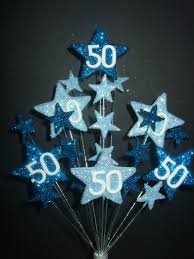 This is my contribution to Jo's Birthday Blog Hop and the year given was 2010. In her own words, here's what happened to Jo in that year:

2010 - Jo was 44.  As the Small Boy grew up and settled into a routine Jo got more stitching time and also more computer time.  She had joined a Parenting Forum when she was pregnant and discovered there were cross stitching forums too.  She found the Yuku boards, in particular the Mirabilia forums and saw the links to the stitchers' blogs.  Her new career as a Blog Stalker started.  At this time Jo was still a strict OAAT stitcher.  Her finishes that year soared into double figures, mostly smaller projects but there were a couple of larger designs.  She discovered the world of online shopping too, which was a good thing because a Big Box Store had recently shut down her beloved LNS.


My anecdote/memory for 2010 - gutting and redecorating my daughter's bedroom.
At the end of 2009 we moved into a bigger house which was in need of updating and refurbishment. One bedroom stayed out of bounds for a while as it had a window that did not close, a radiator with a hole, a disgusting carpet, missing skirting boards, stunk of cigarette smoke and was stained yellow/brown with nicotine. During 2010 it was so satisfying completely gutting the room and working  hard to develop into a clean and refreshed white lilac and purple bedroom fit for habitation.


As for which of my pieces to show which would appeal to Jo, I was quite stumped as Jo has stitched such a range of projects over the years covering just about everything. In the end I opted for a small project from Dragon Dreams Inc called My Treasure. I know Jo's stitched a few small Dragon Dreams designs, so she should like it! 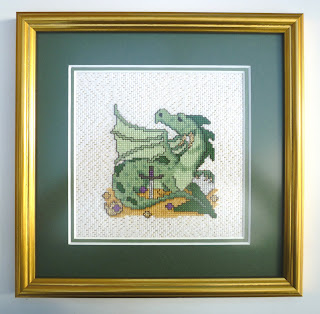 If you are following Jo's Big Birthday Blog Hop I hope you have enjoyed travelling through the years with her.

All that remains to be said again is Happy Birthday Jo. Have a great day and thank you for your hard work and preparation which has enabled us to delve into your life!

Thanks for taking part in the Blog Hop and sharing your memories. The house sounds very much like the one we moved into when my mum was expecting my little brother. The Health Visitor asked how many bedrooms the house has and mum said "three". HV said "that's alright then". Mum didn't tell her that bedroom three had a massive hole in the ceiling and was uninhabitable!
Love your dragon stitching, of course!

Lovely post:) I do love the dragon you chose to show.

Great post... lots of memories for you!
And I think you chose the perfect picture for Jo :o)
Hugs xx

I love home improvement - I can imagine how wonderful the task of redoing that room was. Love your dragon

I'm hopping by on the blog hop. Great post. Thanks for sharing. I love your dragon of course.

A great blog hop post for Jo's birthday. And nice to read about what happened in your lives in 2010.

Great finish and nice to hear more about you!

I am slowly hopping through the birthday blog posts. I enjoyed reading your lovely post. This is such a nice thing to be involved in.