It's unbelievable that yet another month has gone by. Just where does time disappear? The children have been back at school a month and some of the shops already have their Christmas cards, papers and chocolates out!

I had a fairly successful September of stitching on my Challenge pieces with two finishes and progress on three more.

My finishes were: (scroll down for their postings)

And the projects worked on were: 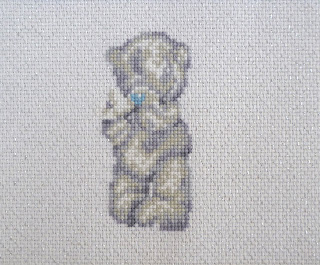 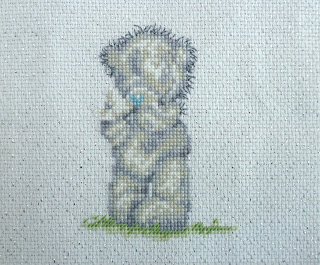 A Tatty Friend from 13th January
stitched the grass and started the monotonous backstitching
(believe it or not that's over an hour's worth of backstitching just to his head!) 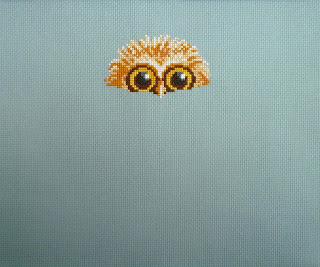 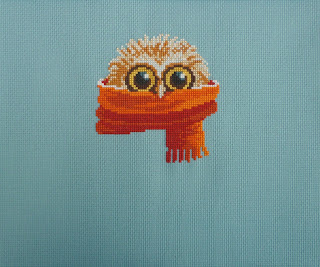 Winter Owl from 3rd February
gave him his scarf 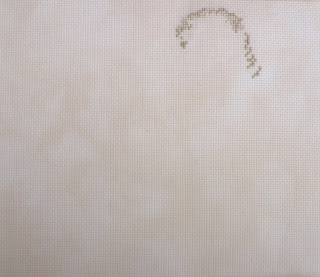 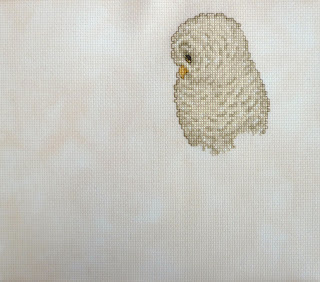 Spotted Owls from 21st February
stitched and backstitched the body of the first owl
(how cute is that?)

Considering at the beginning of the month I wasn't sure what to work on I think I've done quite well. I haven't planned any projects to work on during October so I'll just see what takes my fancy.

Regarding the 2016 Challenge, with the exception of a few threads I need to order and bobbinate, my 31 projects are all ready to go. Chart photocopies/prints made. Fabrics chosen and cut. Threads picked. Everything filed in popper wallets. Nothing like being prepared! I wanted to get mine out of the way before a month of birthdays and then Christmas took over. Roll on 1st January 2016!

Has anyone else started preparing for January yet or is it f-a-r too early? And if you are considering taking part in the Challenge next year will you be doing 15, 31 or 60 new starts? I'd be very interested to know.

Wow good progress! I love the scarf on the owl :)

I don't do any of the challenges, but it's never too early to plan ahead! Planning can be just as much fun as the doing. :)

Well done! Have the winter owl in my stash. Hope to join this challenge in 2016.

Nice progress Rachel. Of course, I'm doing 60 starts. I sorta know what I'm stitching but haven't made the final choices. Heck, if I do it now, I'll be changing my mind a hundred times.

Great progress! I love Winter Owl as you know, he is so cute! I am reconsidering whether to join in the CJC challenge next year as there are so many lovely things I want to finish and stitching smalls stops me from working on the bigger things.

What an adorable little owl with the big scarf! He looks like Wilfred from the Bash Street Kids.
I did the DUCJC this year for the first time for Debbie but I think I'll stick to my usual WIPocalypse list for next year. I'm thinking of 16 series for '16 as I do love a series of designs.

Super progress on your pieces:)
I'm afraid that I learnt way back in 2012 that I don't do well with crazy challenges! So I'll sit back and marvel at all you brave souls!

Love your progress photos. All great pieces! I haven't had time to plan mine yet. I know for a fact I'll do 15. I could be forced into doing 31 if I find enough pieces *cough* like that's a problem.