Well, I've done it! I've completed Debbie's Super Duper Ultimate Crazy January February Challenge 2015. This is the chart I finished off with and it just happens to also be the largest of my 59 starts. 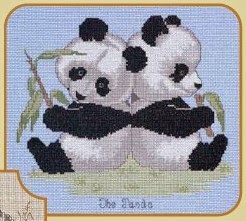 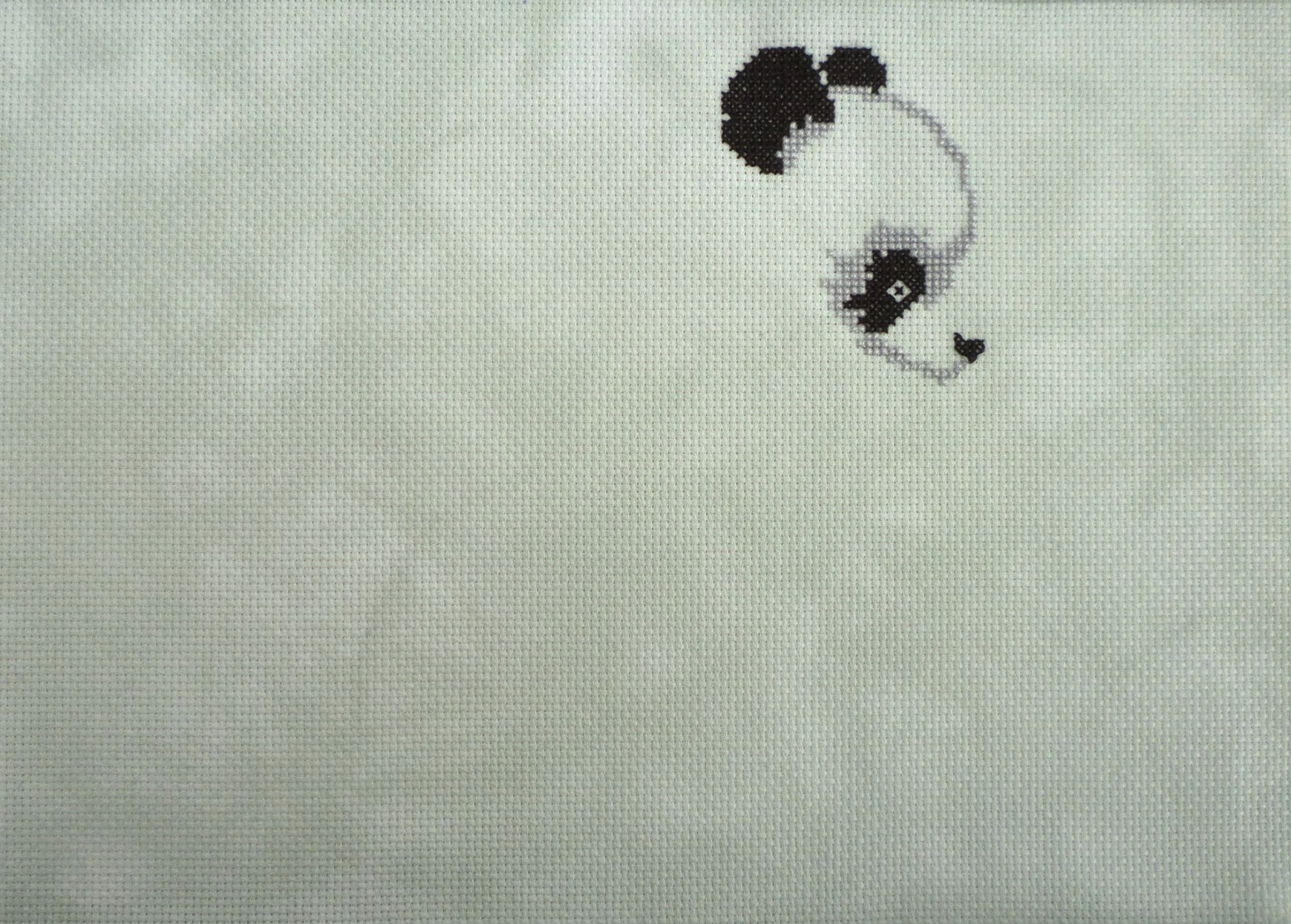 
I must say I have enjoyed every single day and every single one of my new starts. There's not one that I won't look forward to returning to, which is good.

I definitely have my favourites starts - Dreaming of Dolphins tops the list followed by the Elemental Dragons and the Lickle Teds from January and the Four Seasons, Little Black Cats and Pretty Little Cities from February. All the others aren't that far behind though! I don't know in which order they'll reappear as I'll just stitch whatever theme or colours take my fancy at the time.

I agree that I have been mad to start 59 new projects, but none of them will go to waste. I don't intend any of them to become discarded UFOs sitting in a box collecting dust. Afterall, I need to whittle them down before starting another 15/31/59 next year!!!!

I want to thank all of you who have stayed with me throughout this adventure, especially those who have commented daily (Justine, Katie, Linda, Mii) I really appreciate the time that you have taken to do that. This Challenge has meant more to me than just starting project after project knowing that I've got support out there, even if it is accompanied by being called bonkers, crazy, insane or certifiable in the process! Thanks - I think!

More importantly, I did it all in Debbie's memory and hope she would have smiled at my achievements. I only knew her for about a month before her passing but even so her love of stitching and serial starting obviously infected me - badly!

I am now giving myself a well-earned posting holiday. I shall still be reading and commenting on blogs but it may be a while before I post again. And who knows what that post will be about - progress on a BAP or perhaps a finish (or two!) but DEFINITELY NOT a new start (although there should be a rather large restart if all goes well!)   :)

Happy stitching and cheerio for a while.
Crazy Rachel x

Wow, you did it! And on a daily basis. I know how hard it is because I wouldn't have been able to start one design each day because that would mean to let the others go for a while. I have to stitch on a design for at least two days, I don't know why. You have chosen very lovely designs and I'm looking forward to seeing them finished up one after the other.
Enjoy your posting holiday :)

Hurray! You made it! Well done. There isn't one of your new starts that I don't love. I'll miss your daily posts but look forward to seeing more of all your 59+ gorgeous WIPs in the months to come!

Darling new start, and you made a lot of progress on it!
I've enjoyed seeing your new starts every day. I, too, will miss your daily posts. It will be fun to watch them all turn into FO's in the months to come.
Enjoy your blogging break, but don't keep us waiting too long;)

Congratulations on meeting your new start goal! You have done an amazing job and I can't wait to see them finished one by one!! : )

Congrats crazy lady!! It'll be fun to see which ones you continue with first!

Adorable start Rachel. Thank you for joining me in this challenge. I hope you will join me next year. I have loved all of your new starts. It's hard to pick a favorite but I think it has to be the Endangered Young'uns. I will miss reading your posts everyday but look forward to seeing your finishes and progress pics.

Wonderful! I miss Debbie and this was a lovely way to remember her. Sorry I wasn't able to comment every day but I did check in and I've loved each of your new starts. I look forward to seeing you complete some of them :)

That is incredible... you made it all the way until the end! You deserve a nice break from posting, but don't leave us waiting too long. :D

Congratulations on completing the challenge, Rachel! I've enjoyed seeing all your lovely starts and wish you many happy hours stitching. It's hard to pick favorites, isn't it? I have so many from my starts. I'm sure Debbie's smiling at all your lovely work :-)

Wow what a ride it's been. I will miss your daily posts so don't be gone too long. We need updates of what you've been working on ya know. We are all crazy so that's why we get along so well haha. Love this last new start too.

such cuties :) I love pandas! well done on all the lovely stitchy starts!

You had so many cute charts you started this month, lots of stitching ahead for you. Wow. I don't know how you did it but well done.

I'm so impressed that you completed the challenge, and will be reading along to see how many of the pieces you manage to finish this year.

Congrats on finishing the challenge! This is an amazing effort :0)
I have just seen your last few starts... As always you have chosen some lovely designs to stitch. Looking forward to your next post to see what you continue with - BAP or smaller!!!
Hugs xx