So we're now 2/3rds of the way through the year and I'm slowly but surely keeping up with making progress on some of the pieces I started for Debbie's Challenges back in 2015 and 2016.

During August I finished Summer from The Four Season (posted previously) and made progress on: 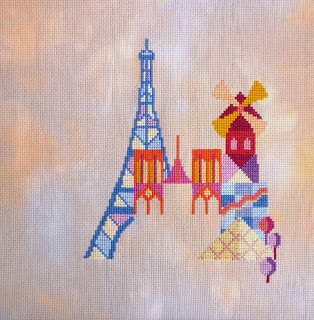 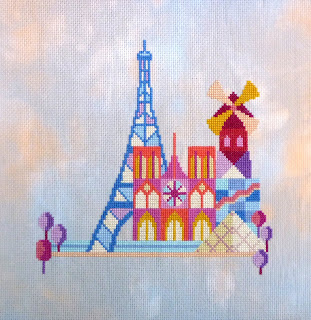 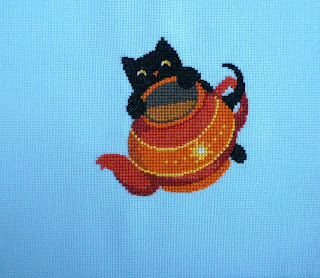 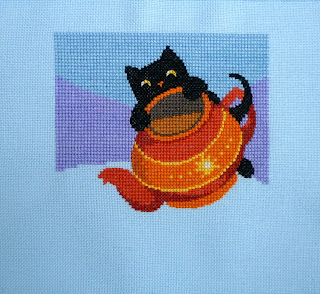 Little Black Cat - Tea by Heritage Crafts
started 23rd February 2015; last worked on in December 2016
filled in some of the background
(much better representation of fabric colour)

In September I plan to finish Tea, make more progress on Pretty Little Paris and bring the final Lizzie Kate Seasonal Alphabet out of its bag for some much needed attention. Fingers crossed.

Lots of progress on your Wips, hope both our plans work out. Happy stitching!

Wonderful progress on both pieces Rachel.

Paris is so pretty! Great stitching progress Rachel and I look forward to seeing your LK!

Fantastic progress! Good luck in the next month too.

Love the progress. They are coming along!

Love love love both these fabrics. They are perfect for each project. I've always admired the Satsuma designs. It just pops on that fabric. Great work stunner
xo Alicia