Time for another progress update. Let's see how I did in June on those many WIPs I still have left from the projects I started back in January/February 2015 and January 2016.

During June I finished Sugar (posted previously) and made progress on: 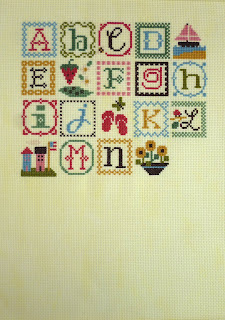 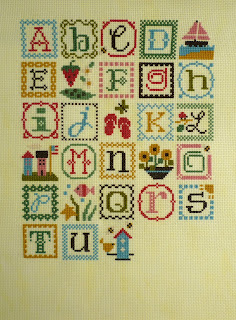 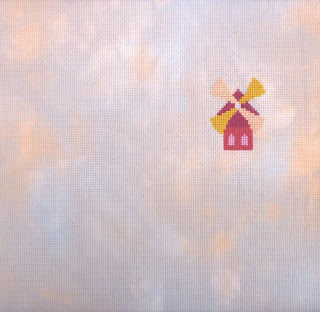 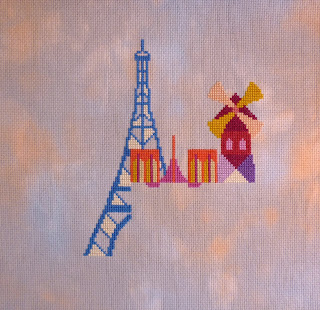 Pretty Little Paris by Satsuma Street
started 19th February 2015; not touched since then
more of the Moulin Rouge as well as parts of Notre Dame and the Eiffel Tower have appeared

So far this year I have kept up with my plans; very slowly but surely my Challenge pieces are being worked on and finished. Fingers crossed that will carry on during the second half of the year too.

Frustratingly, however, my stitching time has been down by about 1/3rd for the last three months so I've hardly worked on the Haunted House Bell Pull. Even if I don't make much progress on it in July I am determined it will be finished during August.

The LK alphabet is looking great Rachel! I like Paris too which reminds me I have Chicago to do... so much stitching needs to be done!

Your WIPs are looking great! My stitching time has been cut too. It's worth it though. Stitching will be here when we are ready for it. Good luck finding time in July. I look forward to seeing what you work on.

Great progress on your WIPs! I hope you get more stitching time to achieve your goals.

OMG that pink little fish is so cute. I like your fabric choice for Paris that is going to look stunning when completed. I Hope July is better for you stitching wise. You have some beautiful wips to work on so I can understand you being bummed that you don't have more time.
xo Alicia