Here's my posting for the last Smalls SAL of 2016 run by Heather of Stitching Lotus.

Towards the beginning of the month I stitched one small project for this SAL. But after finishing my fourth Christmas Pals Ornament didn't want to start another WIP which I wouldn't be able to finish before the end of the year. So I opted for stitching two more small projects instead.

Mr Daydream, Mr Jelly and Mr Happy have been sitting in my pile of charts for quite a long time. The charts were freebies from my-cross-stitch-patterns.com There are a few Mr Men and Little Miss characters available (along with many, many other free charts!) so more may be making an appearance next year... or not... we'll see!

So on to the photos then: 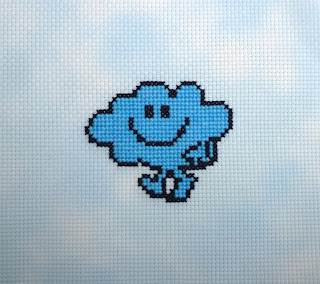 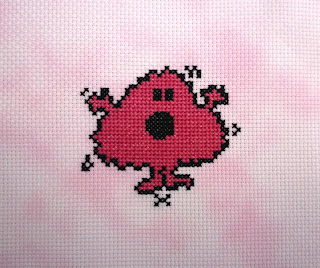 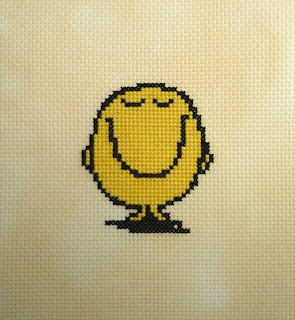 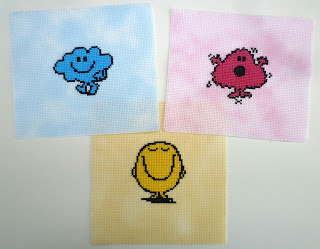 Mr Daydream in particular has always been a favourite character, being the first Mr Men book I ever owned. The others aren't far behind.

To sum up my Smalls SAL for the year, I completed 15 projects in total and at least one per month. Out of those 15 projects, 9 (from January to August inclusive) have been made into ornaments or cards. Not bad considering I find the finishing off tedious!

I didn't stick to stitching 12 LK Tiny Tidings as planned, so next year I really have no idea what I will be stitching each month. Watch this space, as the saying goes!

Thank you to Heather for continuing to run this SAL and for everybody that contributes. I hope it continues to be just as successful next year.

Back in January then,
Rachel x

Love the Mr. Men. I wil have to check them out.

Oh these are too cute! Love them on their beautiful fabrics. Congrats on the 15 projects and 9 finished finishes. I look forward to cheering you along in 2017!

Great finishes on these 3, and thanks for the link! Congrats on finishing and fully finishing so many this year.

Congrats on the adorable finishes Rachel. I love them.

Love your Mr s finishes. Thanks for the link. Looking forward to watching your stitching in 2017

All of your finishes look great! Happy New Year!