Where did "A Taste of Tuscany" come from?

It's time for a small confession.... The more eagle-eyed among you may have noticed a new WIP goal and progress tab called "A Taste of Tuscany". These are four small magazine charts which I have been wanting to stitch for years. 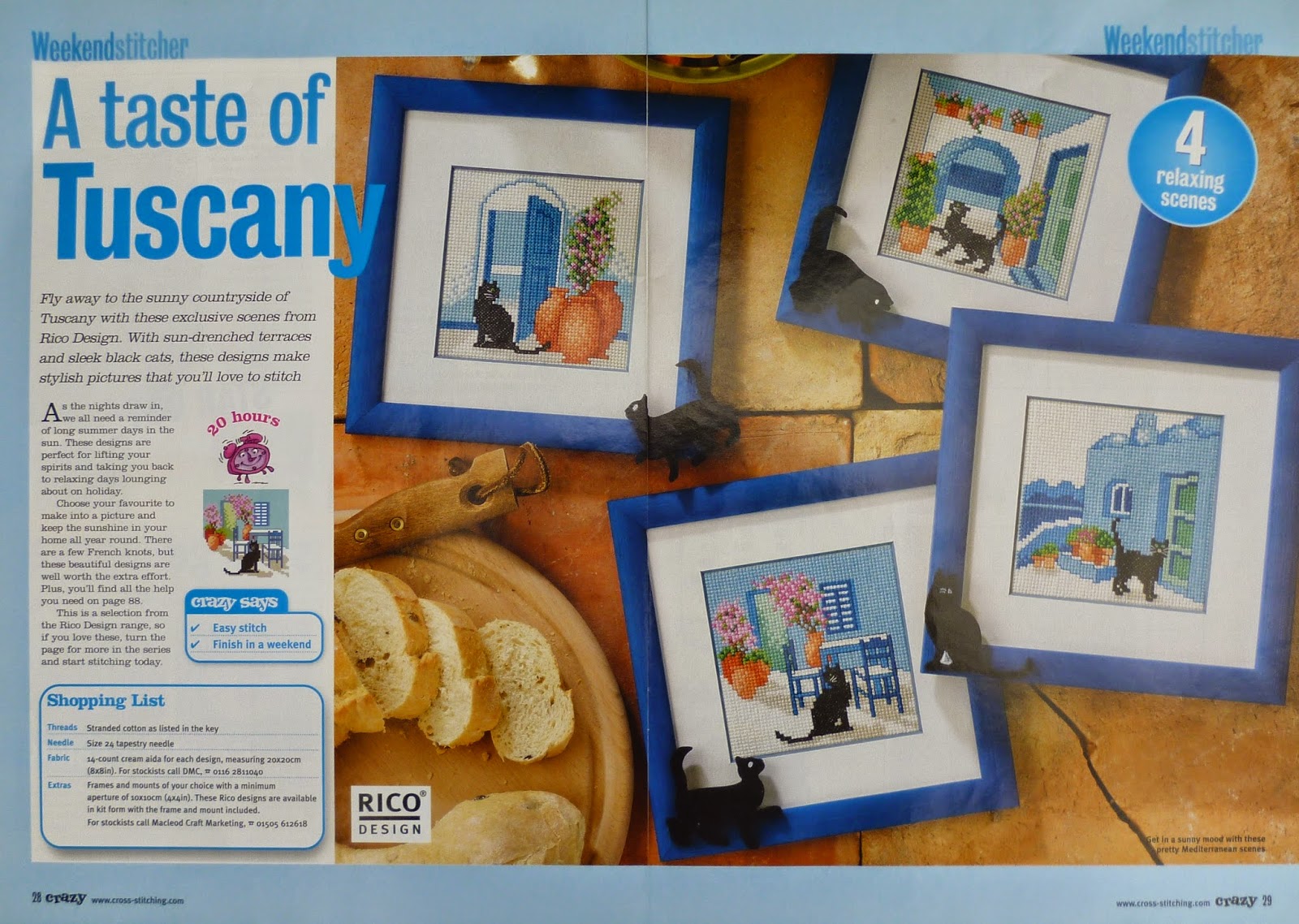 I started the first one back in April as I wanted a quick-stitch project to work on between the larger HAEDs. Being small designs I did not originally set up a WIP tab but guilt set in so one has now been created. Afterall, a project should be a project, no matter how small it is. I don't know why I like these charts do much - I'm not especially a cat lover, not particularly fond of blue and have never been to Tuscany! I suppose I just like them because I do!

I don't pick them up very often or for a long stretch but find them convenient if I've got the odd 30 minutes or so. They're on my Mini Wizard so are easily transportable if need be. 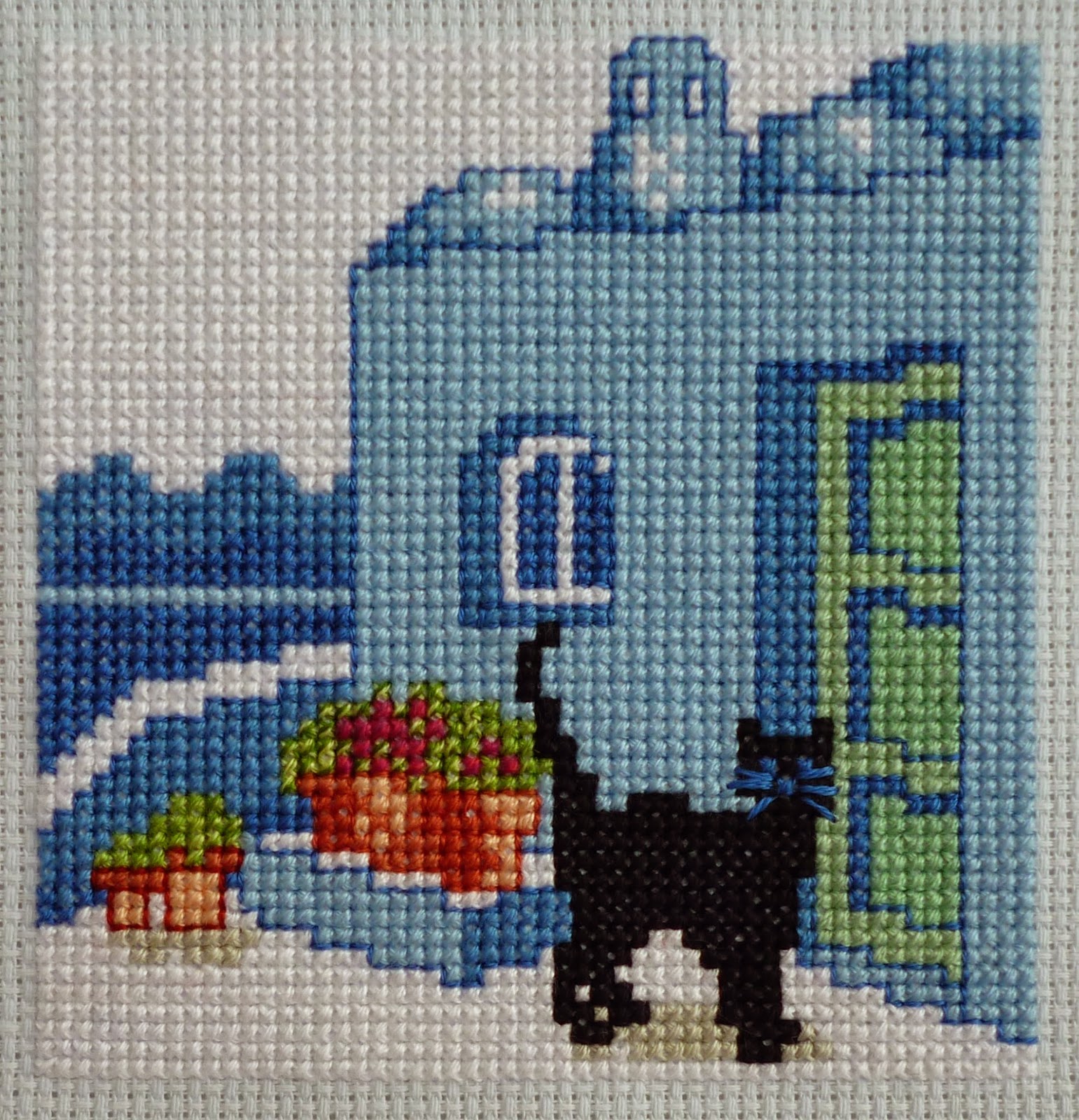 
The three green foliage threads were substituted with variegated, likewise the pink flowers (although the photos don't really show that clearly) and the yellow cats eyes and whiskers became blue.

I'm also half way through the second chart but will just post a picture of that when it is completed.

I have already chosen the colours of the frame and mounts from ezeframe.co.uk. My only decision, though, is - do I frame the projects individually (about £40) or take advantage of their multi-aperture mounts and frame them together horizontally (£25), vertically (£25) or as a 2x2 square (£20)? My inclination is towards the square - not because it's the cheapest but just because I think it will look the best. But I need to get all four projects finished before I ask for your opinions and make my decision.

Meanwhile, I've been slowly beavering away at Hang In There so should be back with a progress report on that soon.

These look like great projects. I love the one you have finished, it looks great!

Very cute. I like how you've changed the cats eyes and whiskers - he looks much better now :)
I would go for the square frame, I think it would be more visually pleasing that way :)

Thanks. I'm looking forward to completing the others too.

Thank you. And as for the frame, I think it has to be the square one.